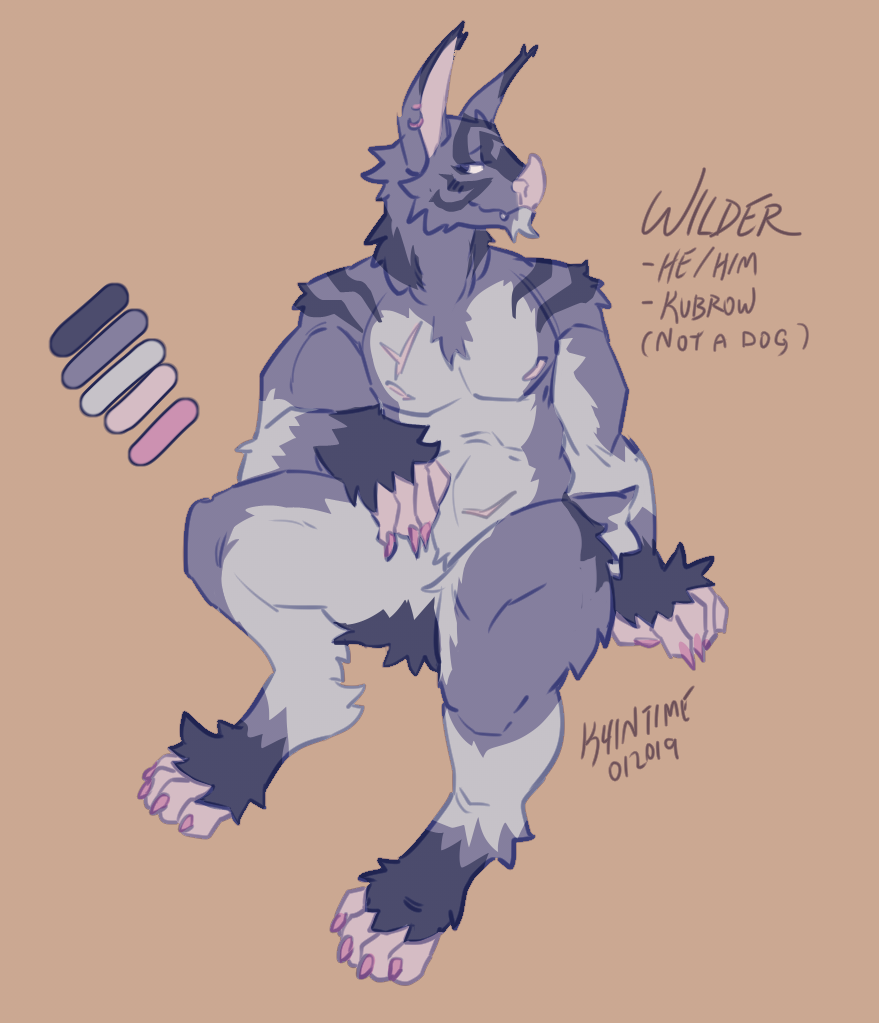 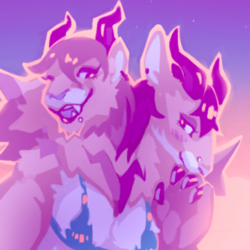 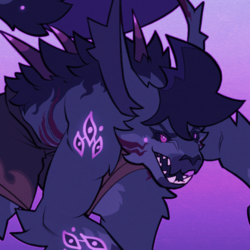 The one boy!!! ...I'm not sure what to do with his color palette, lol. I wanted to make a different kind of Warframe OC and thought this would be a cool idea a few months back. He's a Kubrow-morph (basically a human/kubrow hybrid) who wears a big suit (which I'll never design ever) to conceal his appearance from humans. Humans mistake his suited form for a Warframe and leave him be usually, which lets him do odd jobs and stuff

I also kiiinda wanna make him look more like.. ugly? twisted? yknow like a failed genetic experiment or something