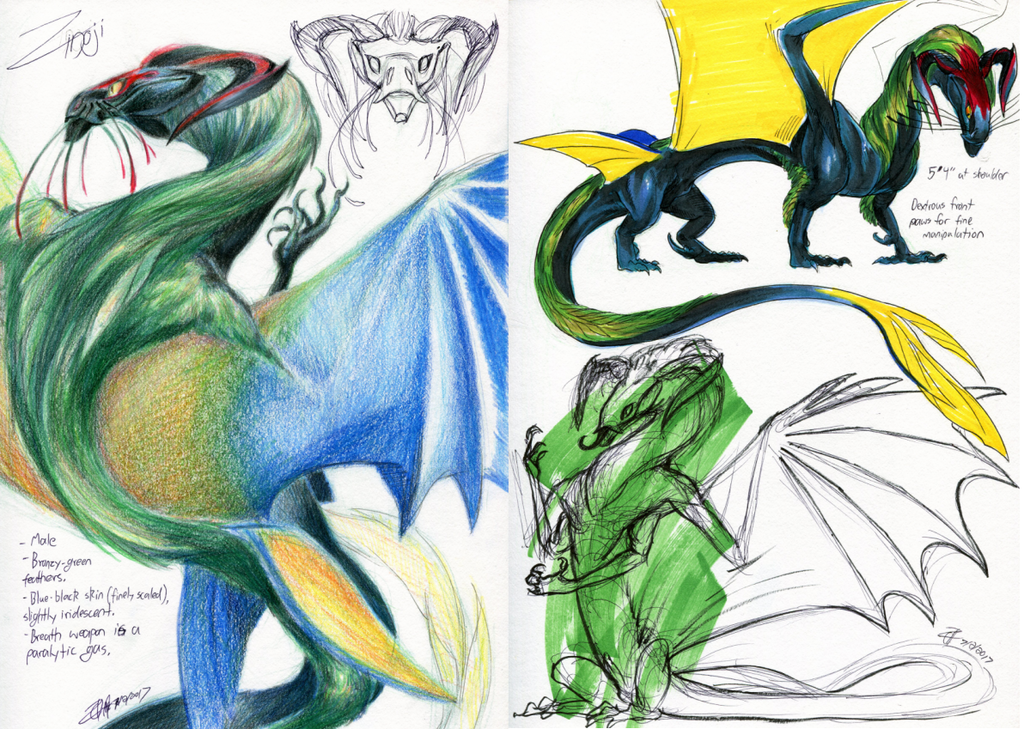 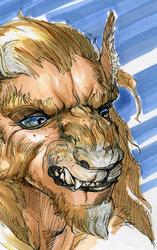 -Profession: Zinoji is what is known as an Incense Lord. In the continent of Ciedan, this means he is a merchant lord of considerable power & wealth and is expected to oversee not only his extensive network of caravans, craftsmen and guilds but also to take part in political council sessions, as well as being spiritually involved in the network of temples and shrines in his given territory (not unlike a fiefdom).

-Abilities: Zinoji is incredibly fast and agile, especially in close quarters such as indoors, inside forests and crevasses. While he is still physically powerful for his size, he is not a huge dragon by any means (compared to many other Alteiran species). What he lacks in mass he makes up for in spellwork. His spell repertoire is extensive, he especially loves conjuration, enchantment and transmutation spells. His mansion (which doubles as his lair) has many hidden walls, pathways and cubbyholes he can exploit and use against would-be intruders, including traps he can activate easily. He also has his breath weapon he can fall back on which is a billowing, fast moving cone of paralytic gas.

-Personality: Zinoji is smart, crafty and detail-oriented (after all he needs to be if he's going to keep status quo with his mercantile network). He enjoys quality in everything but is not terribly materialistic (compared to other dragons at least). He especially appreciates the simpler things in life, such as enjoying his morning tea while watching the sunrise, or talking to the clerics and monks at the temples he visits frequently. For his seemingly reasonable and serene demeanor on the surface though, his dealings are often equivocal and multi-layered. While he can be one of the more approachable Incense Lords, he is still dangerously ruthless and will broach no disrespect in his mansion or those that think they can get away with invading his lands or disrupting his trade routes. His retribution comes swiftly and depending on the time of day, enemies may also become menu items.

This is a character that I've had in development for at least a year but I've had no visdev of him at all, so I whipped this up. His design is still not 100% but he at least has solid enough visuals. His colors are inspired by Military macaws.