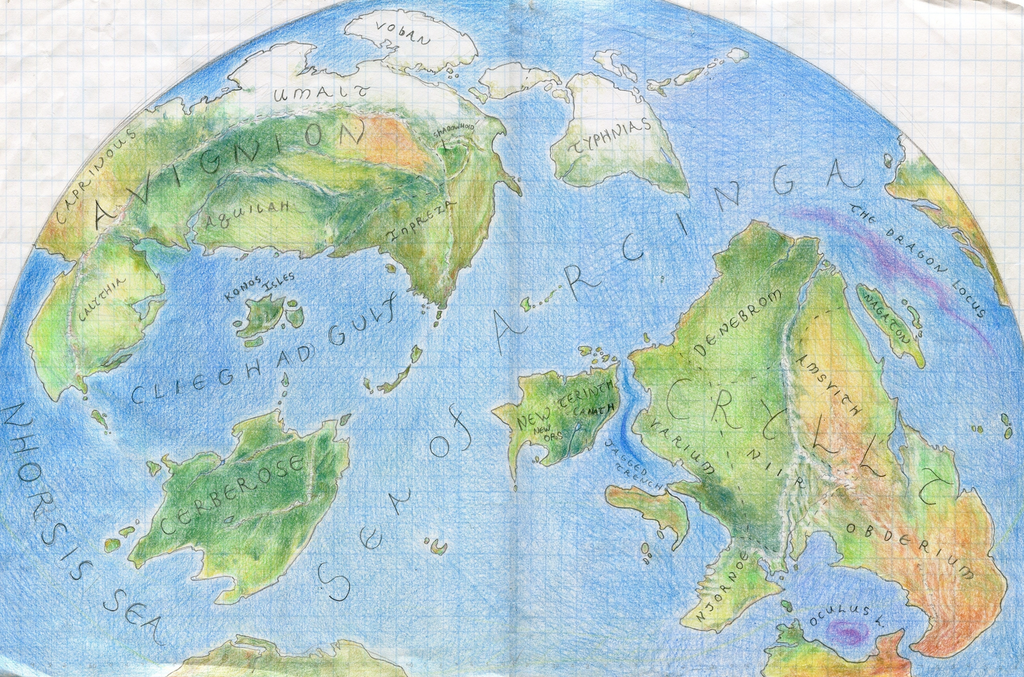 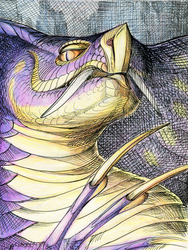 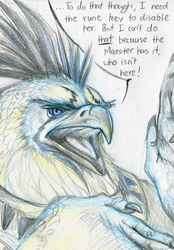 At last, a map! At least the northern part of it. I'm ashamed to say that I've had 90% of my map done for almost a year now but have been neglecting to submit it for one reason or another. Don't mind the paper creases and crinkles and the fact that it's rather roughshod for a map: I actually use the physical thing for reference when doing worldbuilding stuff so just think of it as more authentic.

This is really just a bare-bones summary of the continents and doesn't go much into depth about culture, races and the like. At some point in the future I might want to do something in-depth for each region but this will have to suffice for now, but if you're curious to hear more about something don't hesitate to ask!

One of these days I'll probably want to recreate it on a proper map generator but for now, enjoy the traditional and rustic first draft!