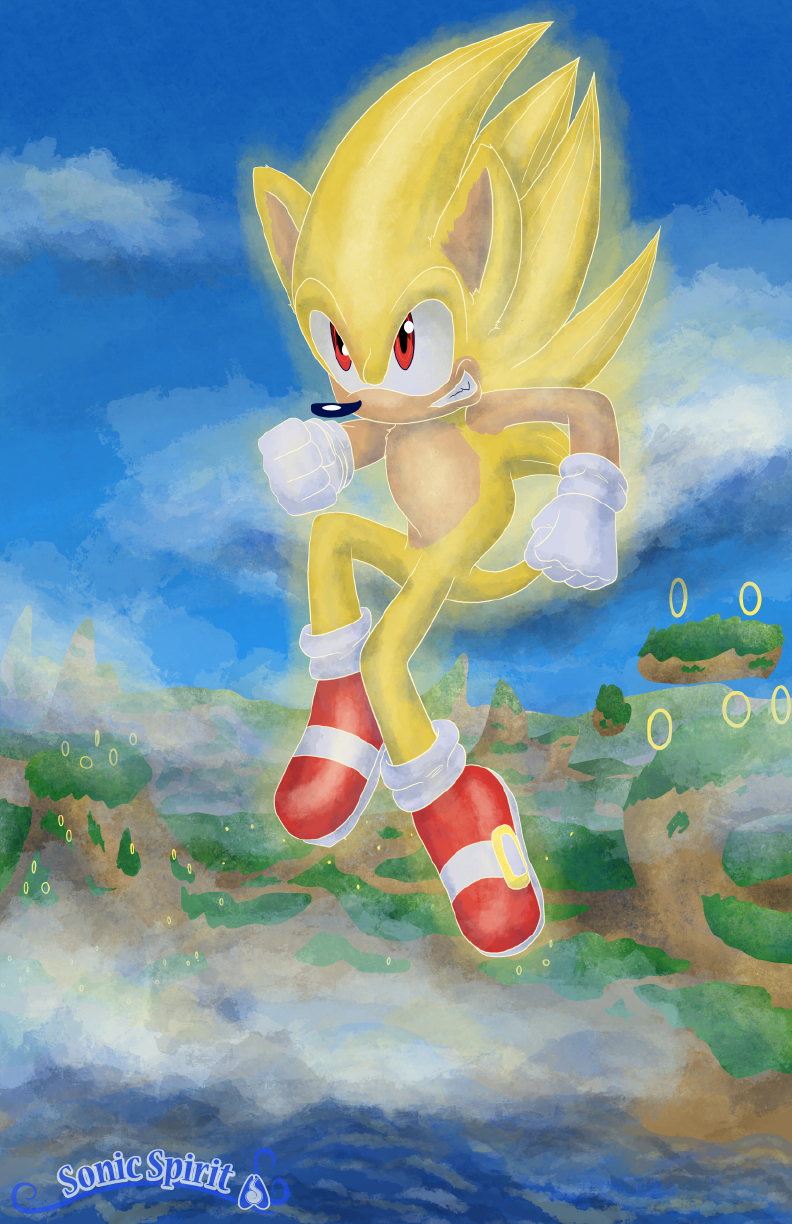 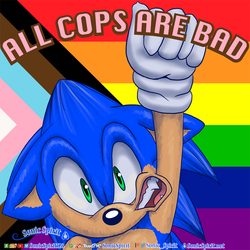 I wanted to try out a thing, so I tried out a thing! I've never really drawn Super Sonic a lot, which seems like a shame! I sketched this up while I was working on the Super Moon TF, and wanted to play around with making a really cool background of Mobius. This is literally the only way to get me excited about backgrounds--throw me at making a natural-looking Mobian setting. Preferably not having anything to do with buildings. Ugh. Buildings.

That being said, I should probably throw myself at drawing a Mobian city...eh, not tomorrow.

I don't know why Sonic went Super here, whether he's just messing around and going for a flight because things are quiet and the emeralds met up with him, or if he's about to go fight a thing, I dunno.

I kinda like the idea of the emeralds getting together with Sonic so they can all go for a fly! Yeah, I headcannon the emeralds as sapient, though that they experience things as shiny rocks, rather than animals, so having a way different way of interpreting the world than Mobians or humans. I don't really think they'd be inclined to all meet up with Sonic, but I do think they like him, and that they like the experience of going Super, too.