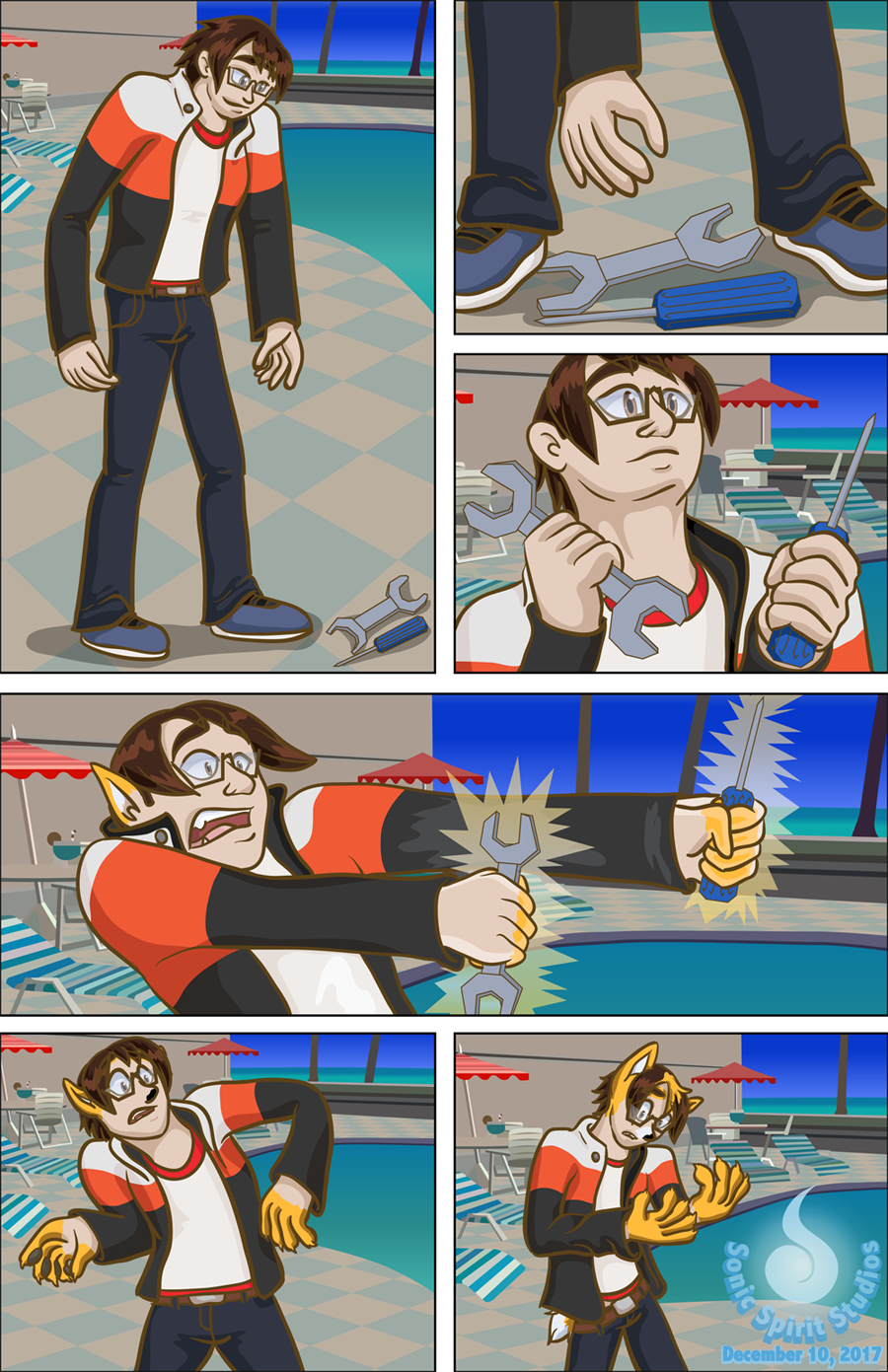 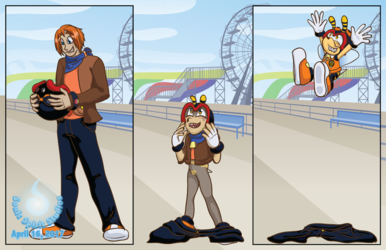 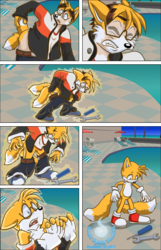 Awww yeah, it's been awhile since I did a several page comic! No dialogue (monologue?) in this one, because there just isn't. So yeah, this is my half of an art trade with diamondTY on dA, he wanted a TF of himself to Tails, and I was very happy to comply!

Background is traced from a screenshot of the Station Square Hotel pool deck from Sonic Adventure 1, because it makes sense as a place there would be a random passerby, and is a place I associate with Tails. ...I MEAN, NO, I WOULD NEVER TRACE, EVER! (yeah...I'll trace backgrounds all day, especially if I'm going for something specific...or being lazy. Eh, it's better to draw it from reference rather than trace, you'll learn more, and can have some more ownership of what you're making, but this is fanart, and I hate making backgrounds). So yeah. A screwdriver and wrench are somewhat odd to find on a pool deck, better pick that shit up. (Unusual like a dude in pants and a jacket just chillin' on said pool deck).