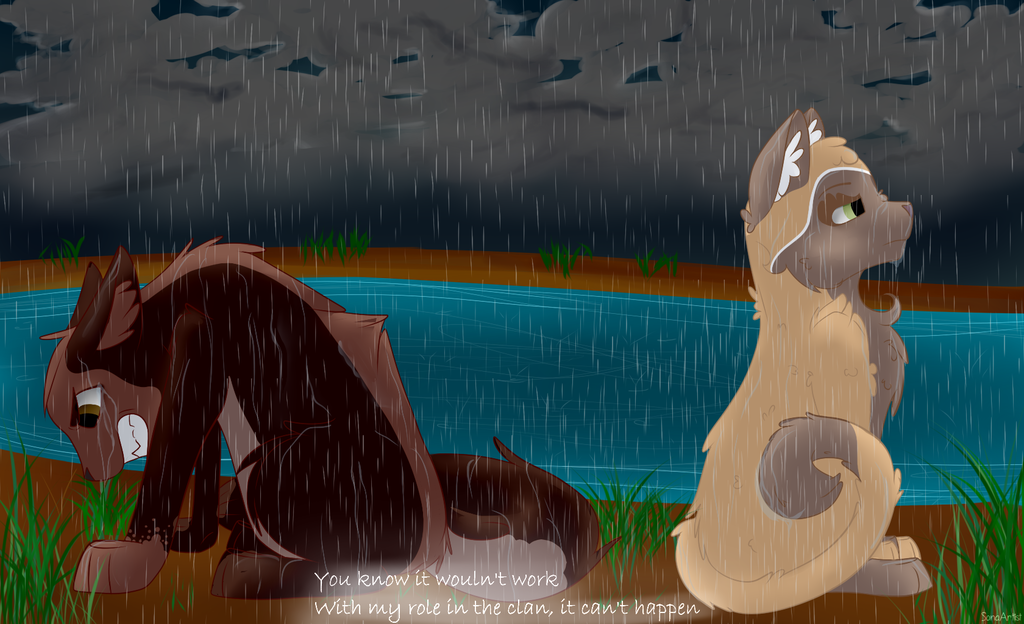 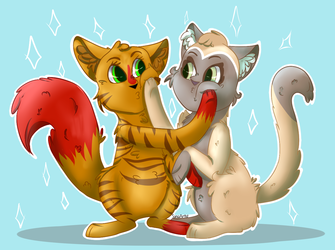 The story behind this is that, PatchStar, leader of GulfClan, took in SwiftTail (Left) who at the time was SwiftPaw. He was born from the Lone She-cat, Strip, who was PatchStar's Sister.
When he was taken in, his back damaged with cuts. The Medicine Cat at the time was, SmallClaw, and her apprentice was SandPaw (right).
Moons pass, SwiftPaw gained title SwiftTail. SmallClaw gave duty of Medicine cat to SandPaw who gained title, SandPelt.
SwiftTail, started to have feelings for SandPelt and tried to show that affection to her, wanting her to feel the same way. She kept denying him, time after time, telling him that she couldn't cause of her status as Medicine cat.
One night he tells her to meet him at a lake that was close by. He tries to persuade her to give up being a Medicine cat and let her apprentice, who is far from taking over the role. Just so she can be with him. Fed up with him she tells him one last time that she can not, and if he ever tries to court her again she will consider the personation as a threat to the Clan and tell PatchStar.

Ok, so, SandPelt might seem like a bitch, but she doesn't put up with shit, and this has been going on for MANY moons.