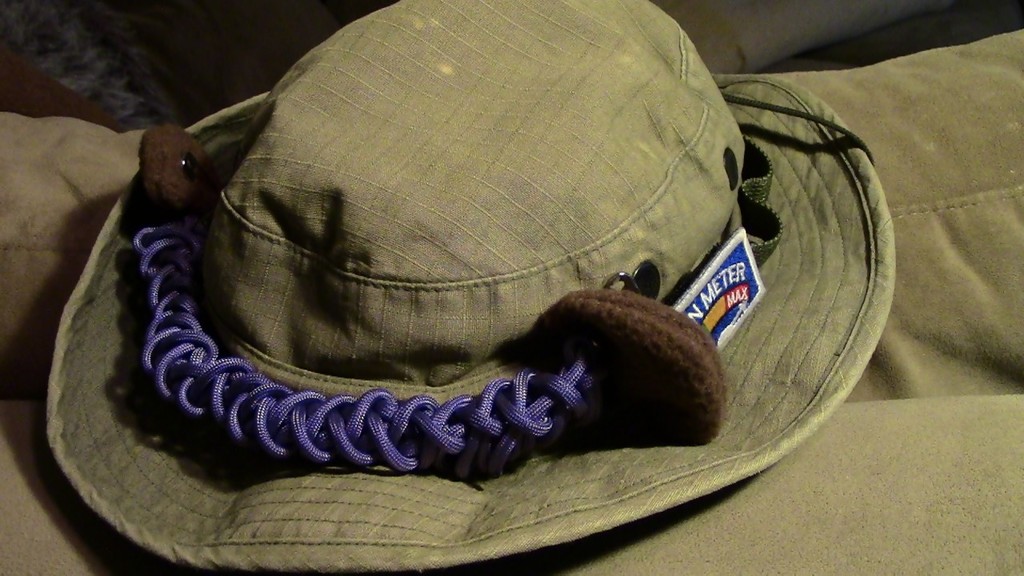 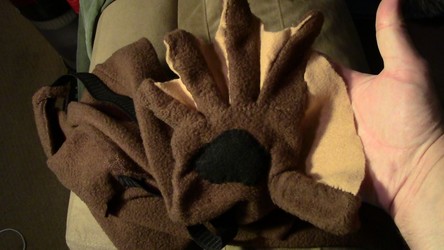 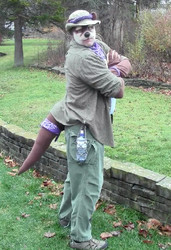 The theme of the otter is adventuring / outdoors. The face piece is a foam appliance, and I need to add the ears to it without damaging the appliance. So, this is the working solution I have for MFF that meets the theme I have for the otter.

The had is an old "boonie cap" I've had for years. It's been sun bleached, if that gives an idea of it's age. It's not even OD green anymore, it's almost brown.

The ears are polar fleece, and attached with the safety pins onto the fabric band of the hat. I did this so I can remove them easily if need be. Sewing these were pretty simple, and fast even while hand-sewing. The hard part was NOT making them too large. Otters have tiny ears, they're only about as large as the eye socket. So with that in mind, these are the right size. They're placed REALLY far forward, but if I put them anatomical they don't look right at all so they're here.

The paracord... That's about 20 foot of cord? I'm nor sure, I didn't measure it. I chose purple becasue I had some handy, and it's a nice offset for color. I have camo cord, but it's a little too subtle. I topped it off with an olf "fun meter" patch on the band that I'm betting nobody will notice, and there we go. If anyone wants the weaving instructions, message below and I'll re-find the link I used.