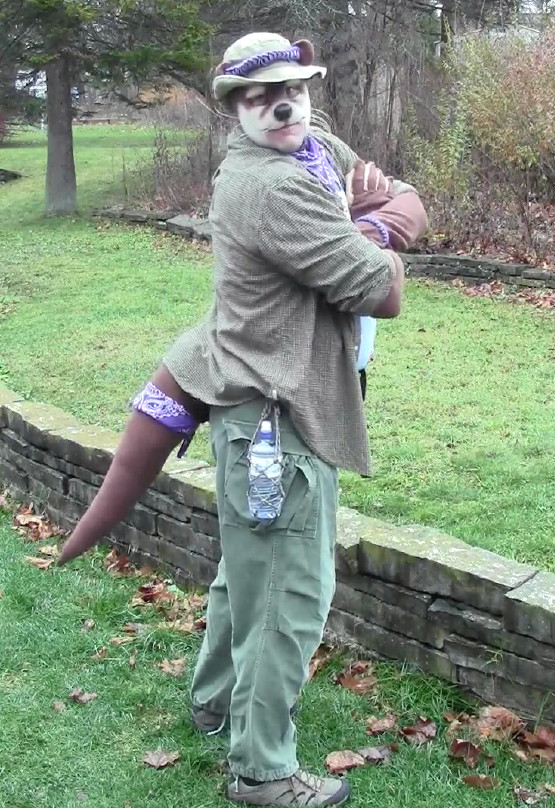 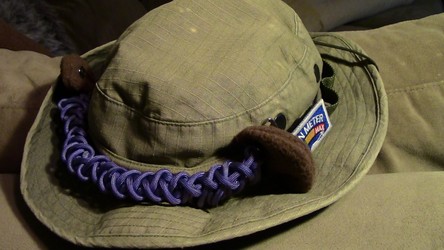 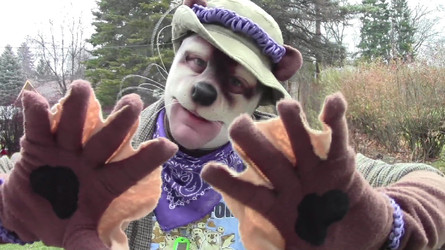 So here's the first pic of the costume in full context. The otter doesn't have a name yet, I'm still thinking on that. But I think this is pretty much the "final look" for MFF.

The tail, hand paws/sleeves and ears are hand sewn by myself. I also did the paracord weaving on the hat band, as well as the bracelets and the water bottle holder you see here.

the face piece is by NorthFur fx (www.Northfur.ca), I got it last year but haven't really done anything with it 'till now. the face piece is attached to a spandex hood, so no gluing for a change. at the con I'll be doign makeup with this, I just did this very quickly to show the costume more than anything else.