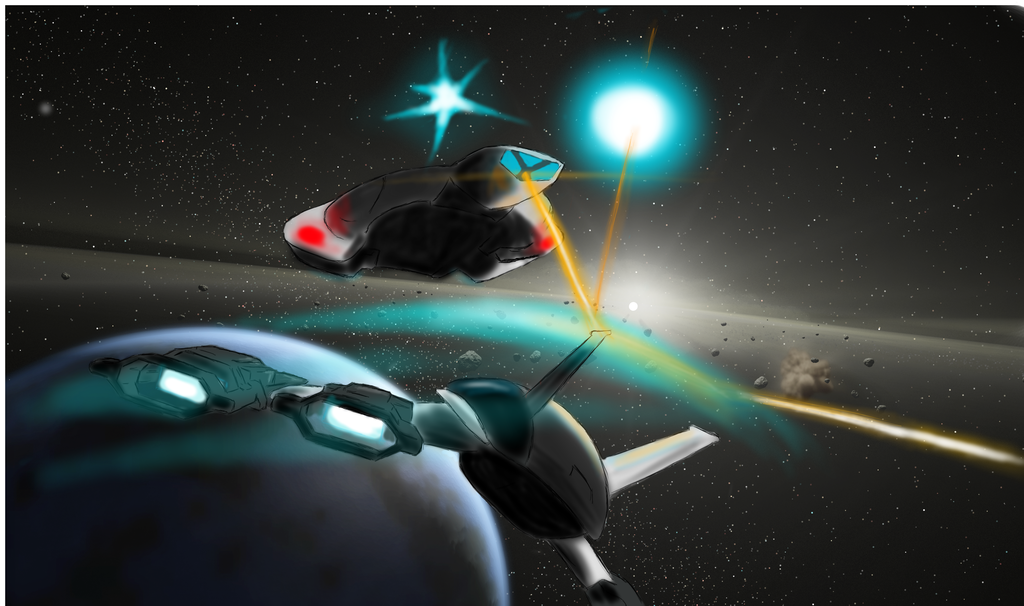 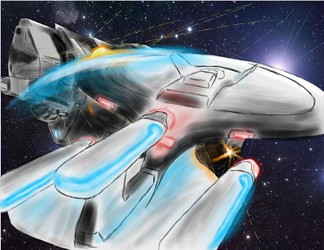 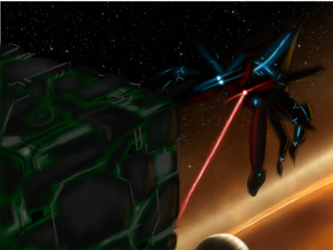 Star Trek seems to be in these quite a bit. I present, the USS Defiant vs. the SSV Normandy