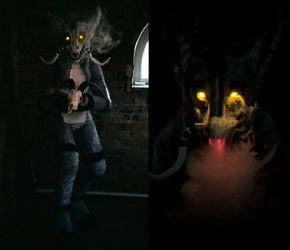 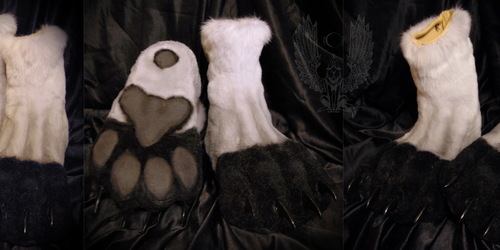 I want say, that it was the most unusual and detailed for me, at this point, the project. Every detail of the character was very special - carefully crafted in the mind by her owner, where, literally, every inch has been thought out in advance.
She was originally planned for intimidate and even somewhat shock. With "sweet" smile of the werewolf Akersent and crazy eyes with look right into the soul. Her appearance must was scare and attract at the same time. She should be feminine and brutal.