The Autumn Feather Hunt by Smokepaw 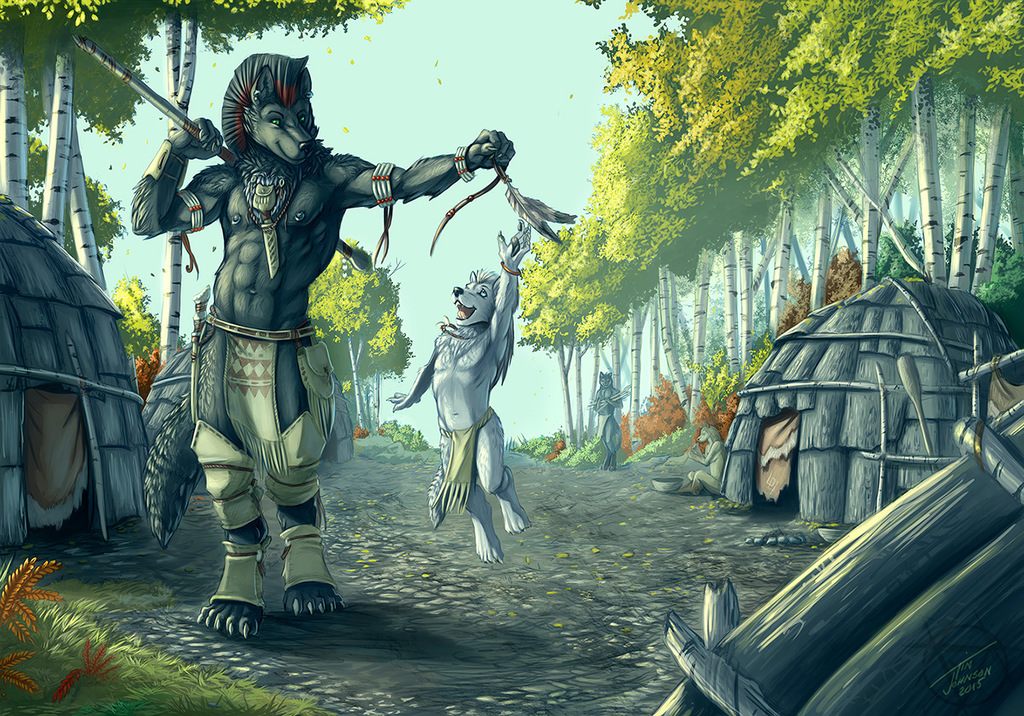 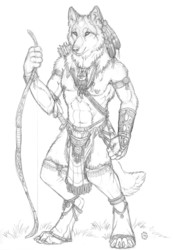 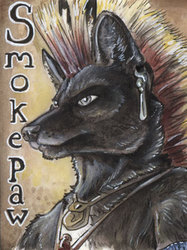 First and foremost, this has been an incredibly fun and rewarding commission to gain. The artist, Stasis_Delirium, is as professional and courteous as they come. A real legend in the art community and someone who should really be given a very healthy dose of respect! He was given a great deal of freedom in interpreting not only my character Smokepaw, but the whole world and culture that he hails from. Its opened up the ability to view him and his people in a way not possible before, and for that I cannot thank Mr. Johnson enough.

And this is the result! We see Smokepaw (Pihko Misit in his Native tongue) embarking from his village to meet with several others at the river, the group traveling up-stream to trade for items of value and food. Daily life in the early days of the coming Autumn play out in the background, the village looking mostly quiet due to most being out in either the fields or in the woods preparing for the coming Winter. And yet, the sounds of rapidly approaching feet make Smoke's ears cast behind him, a small smirk dawning on his lips as he knows the source but veins ignorance to the attacker drawing on his heals. Walking still, only at the last moment does he extend an arm out and dangle the tie for his scalp lock temptingly!

Opahsen, the young pale-furred boy, is the son of Smoke's fellow tribesman and hunting partner Sekahsen Uwik (who also happens to be waiting for Smoke at the rivers edge.) He may be too young and small to venture out on trade trips just yet, but Opahsen is far from feeble! He'll follow Smoke and watch longingly as the party departs, but don't feel bad for the young pup. Those rabbit tracks he finds shortly after the canoes shove off from the bank will be preoccupying him well until the annoyed shouts of his mother for him to "COME HOME NOW!" ring through the birch trees!