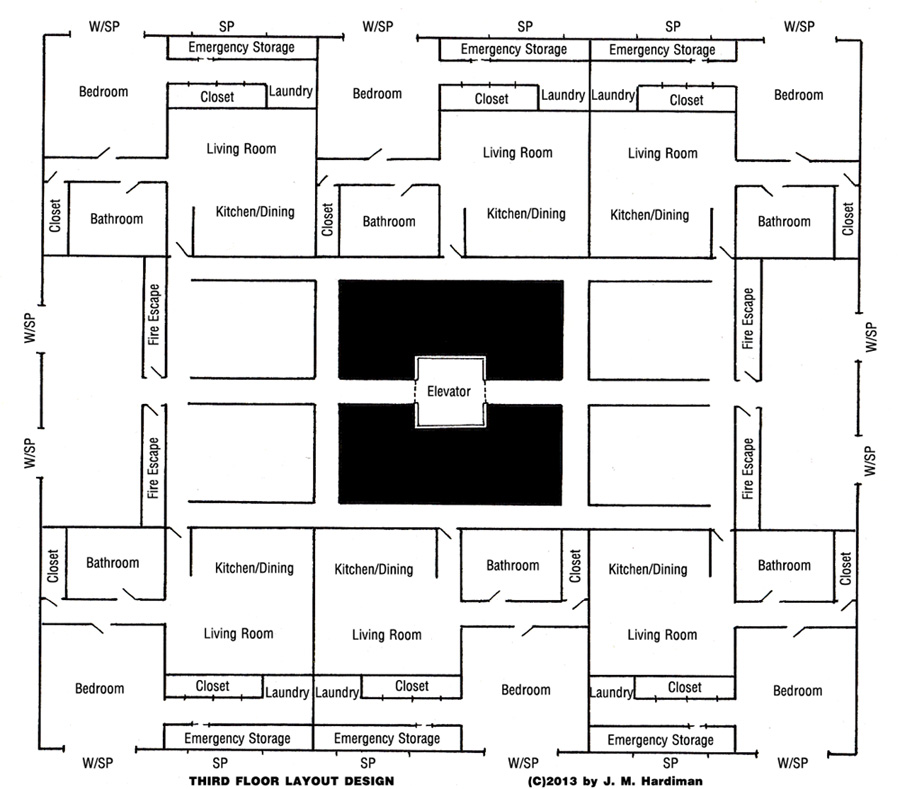 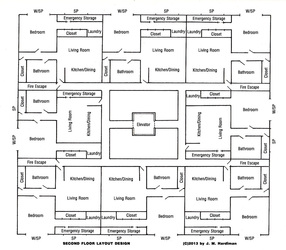 This is a simplified blueprint of the top floor of the Tennison Complex, featuring six apartments, two large meeting rooms and four activity rooms. The elevator is connected to the perimeter walkway via a suspended cat walk. The rectangular areas above and below the elevator tower are open, and one can view the floor below by simply leaning over the rail around the walkways.

This level also has the appearance of having sixteen windows, although only eight of those are actually "windows". The other eight are solar panel arrays. The roof of the building is flat, although a large square canopy window is situated above the elevator tower and walkway area.