Ulver, Captain of the Silver Songbird by Skautch 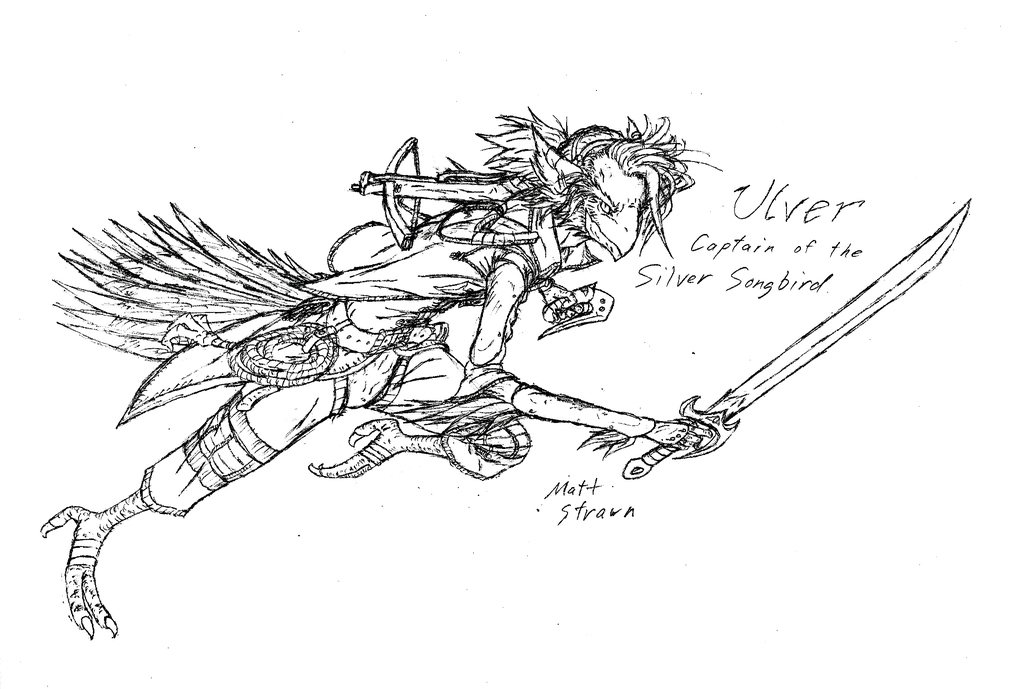 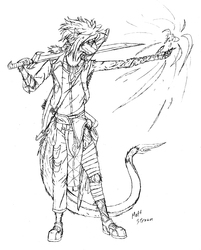 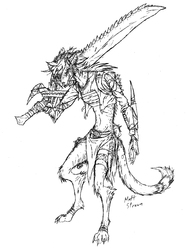 Ulver, Captain of the Silver Songbird

Among the city of Farrow and its surrounding seas, a dangerous bird named Ulver captains a ship, the Silver Songbird, through a campaign to overthrow the tyrant in control of the massive port. Ulver grew up in this city as it slowly fell apart from a once grand state, and in that time, his childhood dream to sail the seas slowly transfigured into a rebellious mission. Ulver was trained by family tradition as a swordsman, and spent many of his days out among the people of Farrow's ports, studying cultures and languages both foreign and local. To the people of Farrow whose lives have been ruined by its economic fall, Ulver is an ally and a gentleman; to those who support the tyrant who brought this era down upon Farrow, Ulver is a direct threat on land and sea. He and his crew will certainly go down in history as a dangerous band of pirates, whether or not their efforts to overthrow the tyrant succeed.