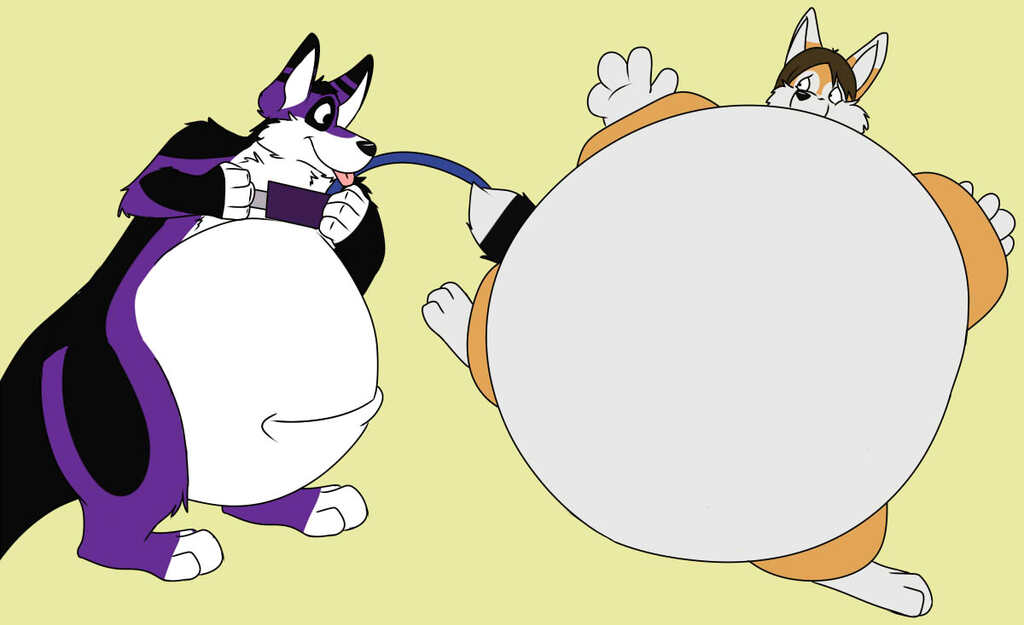 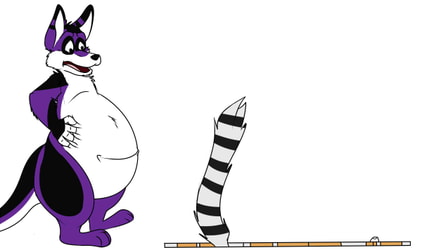 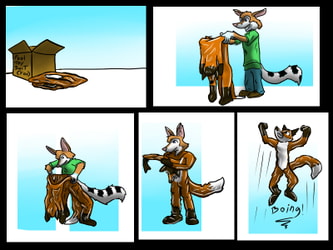 Izanagi hopped off to go hunt for a tool, and after a while he returns with some duct tape and an air pump. He flips the ringtail pancake over and attaches the hose around Kendall's rear and tapes it securely, grabbing the pump into his hands. “Don’t worry mister, I will ger you back in shape!” The roo starts to pump furiously, the two stage pump sending air into the ring-butt’s… butt… and slowly the pancake starts to fatten out, like a deflated beach ball starting to come to life, eventually after enough air Kendall’s body “pops!” back into his original shape, but before Kendall could regain balance Izinagi was still furiously pumping as hard and fast as he could making that pump creak and struggle to pump as much as it possibly could into Kendall. Kendall landed on his back, almost with a bounce from how round he was starting to swell from all the extra air pumping into him. His legs and arms starting to fatten out into little donuts with hands and feet attached to them. Once Kendall was barely anything more than a ringtail balloon, the roo finally stops pumping. “There we go mister! That should keep you in good shape!!”