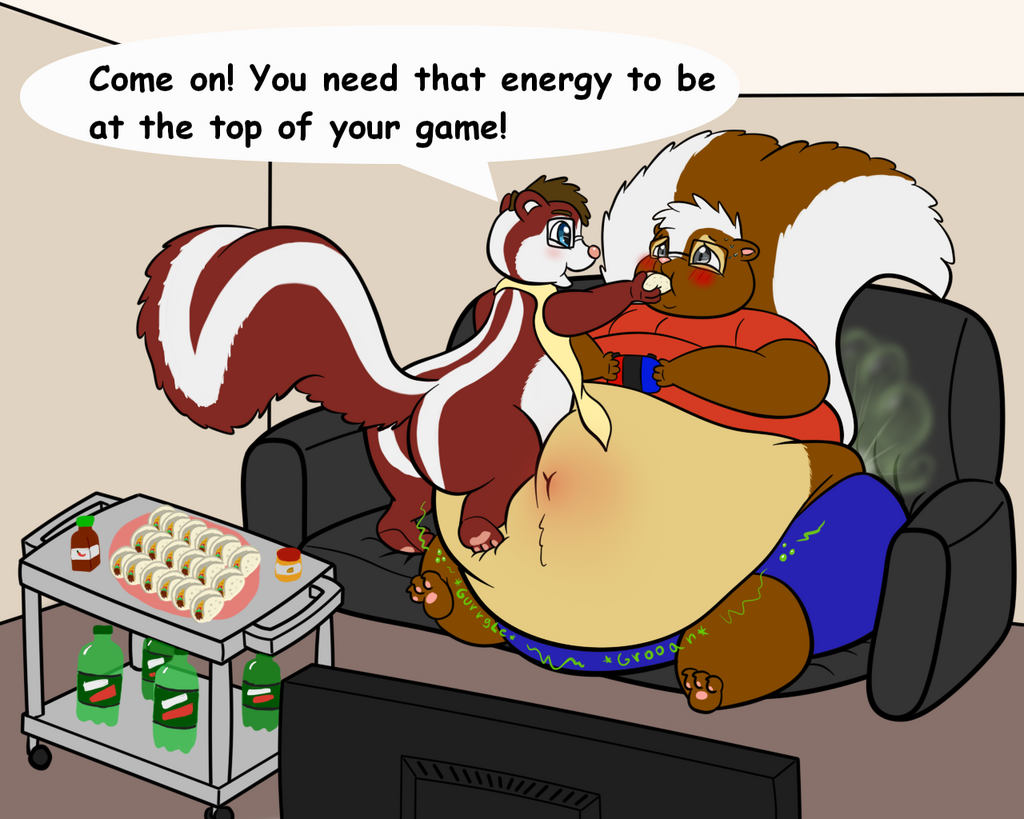 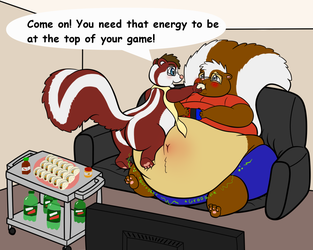 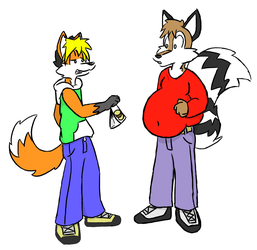 Chuck is quite a big skunk. A very passionate and competitive gamer. And like most game’s he likes to eat and snack and drink a lot as he games, and EricSkunk learned he really liked tacos. So, when a big marathon gaming session was coming up he worked in the kitchen to make a LOT of his favorite type of tacos, all the right spices and sauces, and many 2 liters of his favorite sodas.

Eric rolls the cart up into the den where Chuck was sitting on his couch, getting set to start playing, when Eric gets on the couch with a taco in one paw, and setting a 2 liter on the couch within reach. “Open up Chuck, I’ll help feed and refuel you as you game” to which Chuck loved that idea and started to munch away on the taco, soon after followed up by Eric cracking open the first 2 liter and letting him chug on that as held it up for him. This kept on for a while as he games and started to feel a bit full… “Oh no, We cant stop now while you are in this tournament” Eric said, holding up 2 tacos, and now having to get on his tiptoes and lean against Chucks now large soft belly to reach Chucks mouth and feed him even more, having a few 2 liters in arms reach to feed just after. Chuck starts to worry about being so full he feels like he may burst, but his stomach keeps handling more, now parting his legs from the sheer size of his belly and the couch creaking in agony from the added weight.

“Come on!” Eric said, “You need that energy to be at the top of your game!” and continues to feed him food and drink non stop. Chuck’s belly grumbling and growling from all the food to digest and him blushing from the pampering and having so much of his favorite food, even if he may be stuck there for a long time.”