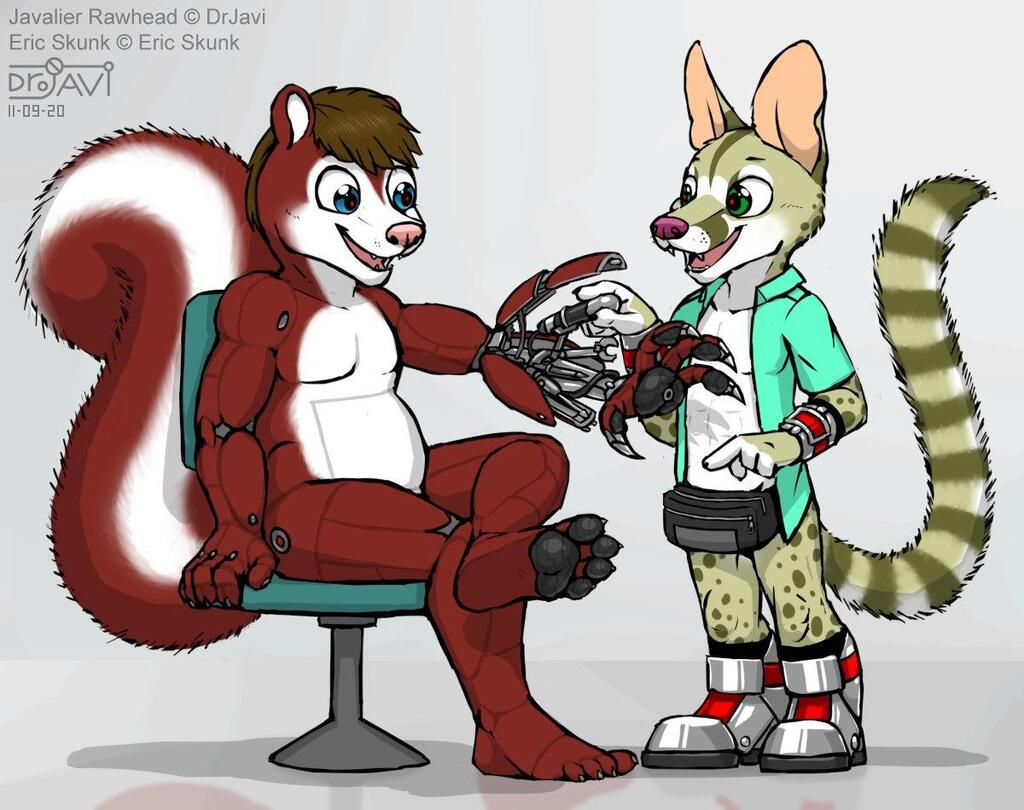 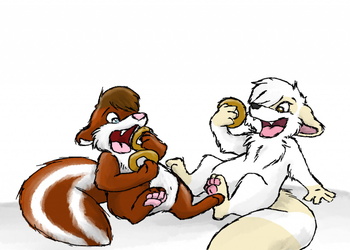 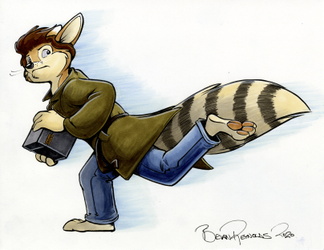 "Good to see you again, Eric", DrJavi exclaimed as Eric entered his office. A few months had passed since Eric had last been there for his previous intense bodily update, when he got his torso upgraded, eliminating his diabetic disease and heart murmur issues. "Heya Javi. I feel like got a new life, the life I wanted to have, ever since this major upgrade that you performed. I really can't thank you enough, man", the bacon skunk said.

"As per your request, the next part of your body to be upgraded will be your limbs. They won't only give you increased strength, speed and stamina, but will contain useful gadgets such as retractable claws, adherent pawpads, built-in skates, extendable arms, knock-out gas sprayer and several handy built-in tools. Same as all previous augmentations, they interface directly with your nervous system for optimal control after minimal training."

"So this will be an interesting upgrade to me, having a new set and style of legs and arms and hands. Really excited to see what all the new gadgets can do you mentioned these can have! Will help me a ton on fixing and tinkering with things", Eric said, looking like a kid about to be given a present to open.

“Man, all of this will take getting used to, but having all that extra tech in the arms to help diagnose stuff will be slick! Do you have anything like that in your arms, or not many ask for such an upgrade?”

"Most people are content with just having functional limbs. Mine however contain a few nifty augments, such as yours. And I also gave myself a handy extra pair." With a grin, the doctor lifted his arms and from his sides extended a second pair of them, neatly unfolding into solid, slightly translucent limbs.

“I guess the next time I come by for upgrades will hopefully be the final one. I need to save up again, and need to really think what all is left I would really like to complete myself. Mostly coming down to how I feel inside. Some days I'm not happy with the way I look wanting to look different…” he frowns, scratching his head as he struggles to find the right words for what hes trying to explain.

"That's understandable. Self-improvement starts with thorough self-analysis. Make sure you fully understand what you would like to be like, before we start working on getting you there."

‘I agree, and I will.” Eric says, sitting up and giving the doctor a handshake and a smile before heading out of the room.

Art and DrJavi (C) DrJavi. their upload is HERE If you can comment on it and favorite it there as well!