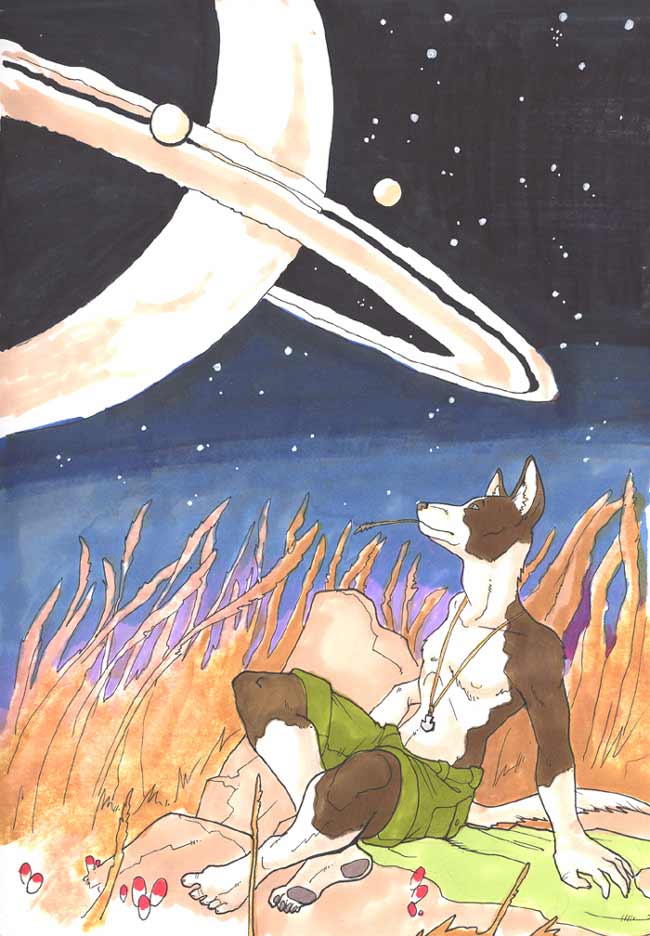 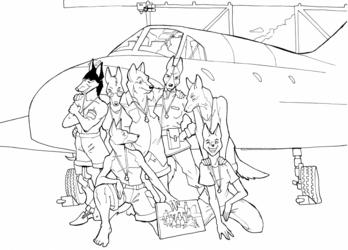 Bio of a Wanderer

For as long as Duenner could remember, even as a little pup, he wished mightly for the chance to dart past the airlocks. Which led outdoors. To be able to walk unaided without a tighly wrapped body suit into the red stained terrain outside. Such a thing was not possible. For the Martian terra-dome inhabitants laboring for their Oligarch overlords, were confined behind closed doors of armor. Made of the same geo-alloy material as the great Dome shielding out the hostile, thin Martian air and corrosive sands.

Opportunity knocked and he signed on as a crew member for the first Interstellar ship to leave the Terran system in centuries. It arrived to orbit one of the few bio-compatible 'Blue Terran' worlds within a thousand light years. Kopno, a planetary sized moon. One of five that orbited the gas giant Kurjak circling her G type sun in a year long trot.

Of all the biomes in that rich world of a moon; where most had settled along the coast and rivers of a northwestern maritime region, Duenner chose a remote village on the Tempest river abutting against the open prairie of the Pampas. Hired himself out to the University of Kupina as a geology field researcher.

Time passed. And now, during extended field trips into the grass and brush studded outback of open country. He'll often camp upon a tarp. Sitting and pondering under the evening twilight. Gazing skywards and smile at one of life's few blessings. To have only air and the starry heavens as a roof.