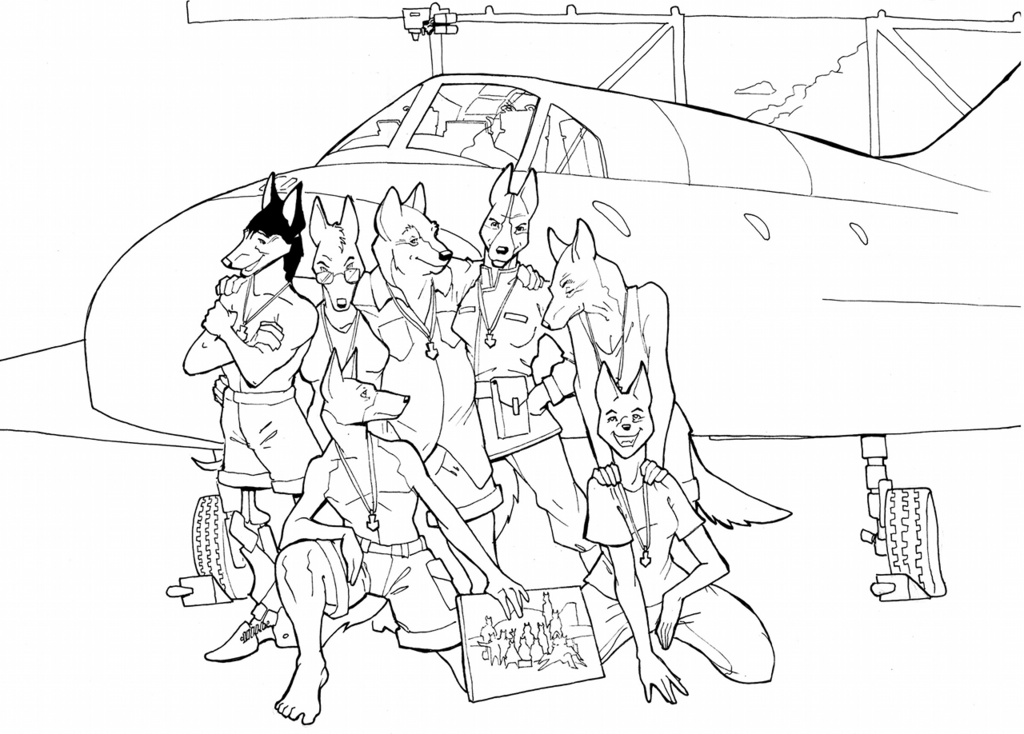 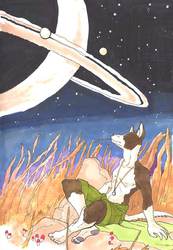 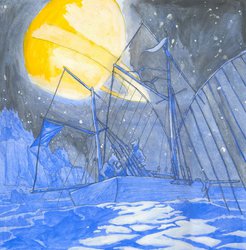 Every five years or so on the Kopno calender, crew members of the Second Ship hold a reunion. After initial meetings and various events, smaller gatherings form. Often centered around Ship Rotation Groups. During the long journey to Kopno, a skeleton crew or Rotation Group would be awaken out of hibernation to operate the ship for a six month period. Then they would return into hibernation for the remainder of the journey.

When the Ship arrived at the gas giant Kurjak and orbited her fourth moon, Kopno, the entire crew was awakened for disembarking preparations. Duenner Xavier, EVA suit specialist, was 12 years old at the time, the youngest crew member aboard the Second Ship. His group, 4-Alpha, included Esmerlda Hyath, Dresdon Feld and Feld's then common law spouse, Gran Tsel.

Within an aeronautical hanger at the port city of Kupina, seven from Group 4-Alpha pose for the 25th anniversary portrait commemorating the Second Ship's arrival to Kopno. The mini shuttle is one of the few still considered flight worthy. The large cargo shuttles were scavenged for their fusion power plants to run the electric grid for the three major cities along the coast.