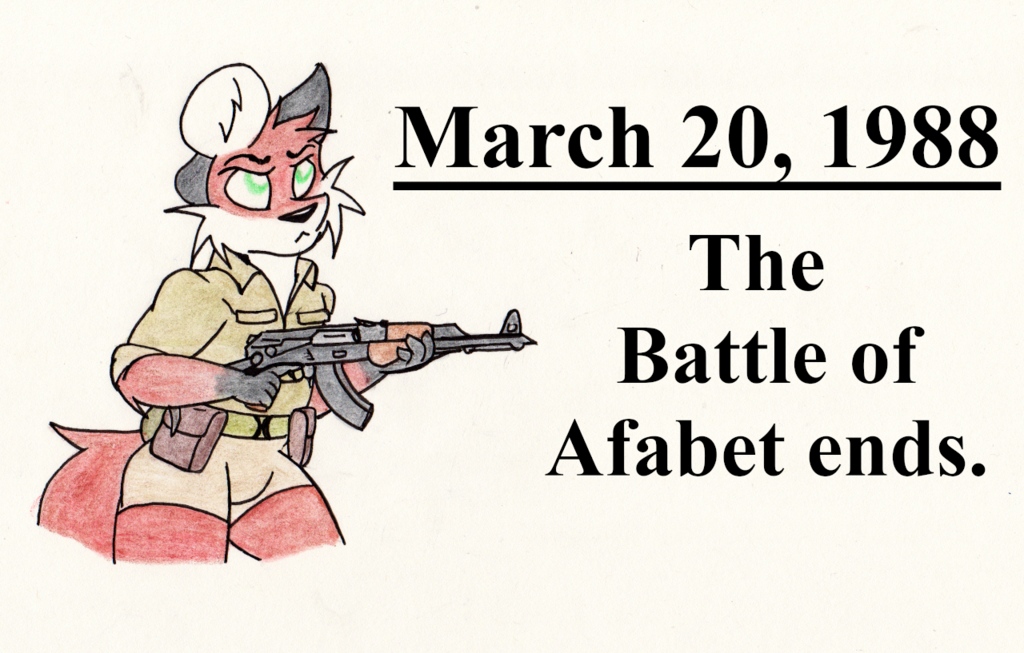 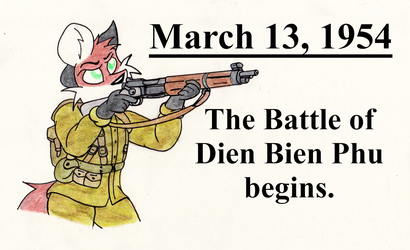 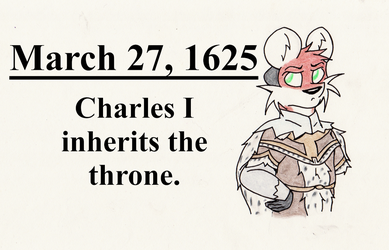 On March 20, 1988, fighters of the Eritrean People's Liberation Front (EPLF) defeat Ethiopian forces in the Battle of Afabet during the Eritrean War of Independence. The battle began on March 17 when EPLF forces surrounded the Hedai Valley on three sides in a bid to encircle the Ethiopian forces garrisoned there. Some of the strongest Ethiopian resistance came from a mechanized brigade which held out for most of the day before attempting a breakout to retreat to a more defensible position nearer to Afabet. During the attempt to escape, the lead vehicles (a tank and a truck) were hit by EPLF cannon fire and disabled. The burning wrecks blocked the road, forcing the Ethiopian forces to destroy their weapons and equipment to prevent its capture. Facilitating this were Ethiopian military aircraft which bombed Ethiopian positions on the ground.

On March 20, the city of Afabet itself had fallen under EPLF control. Out of a force of 15,000 Eritreans, 125 had been killed and a further 269 wounded. In comparison, the Ethiopian force of some 20,000-22,000 suffered 18,000 killed or captured with a further 291 wounded and 615 missing. Furthermore, one Soviet advisor to the Ethiopians was killed and three more were captured, confirming Soviet involvement in the conflict. The EPLF also captured a large quantity of weapons that had been amassed as part of the Ethiopian buildup to route out the Eritrean forces.