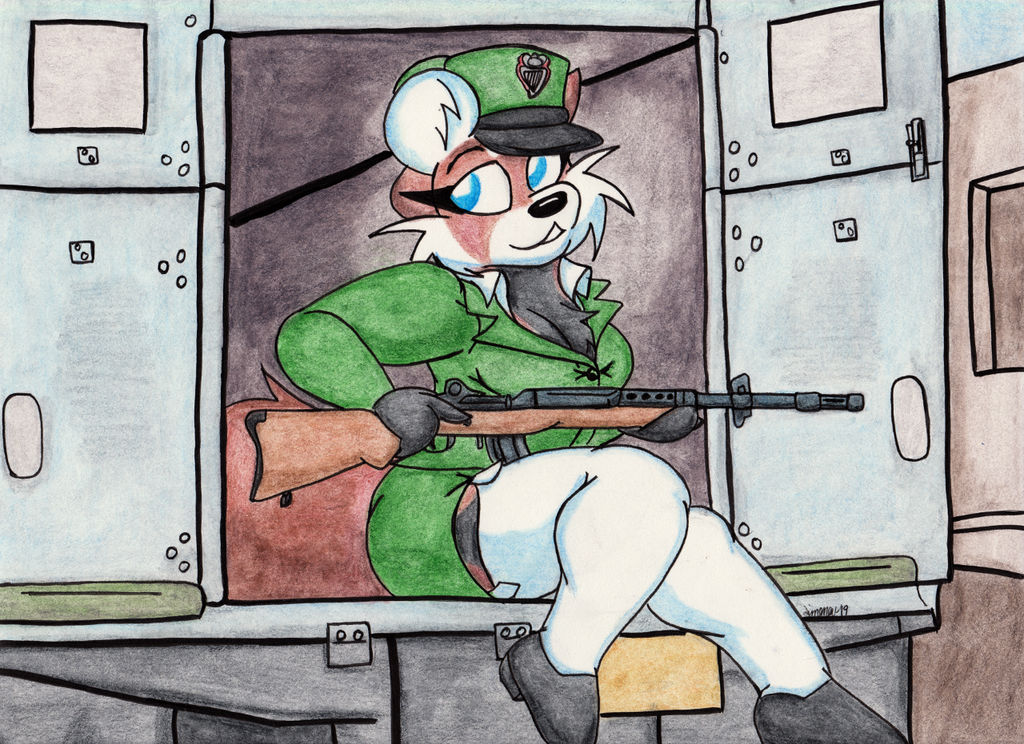 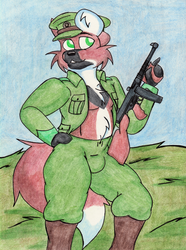 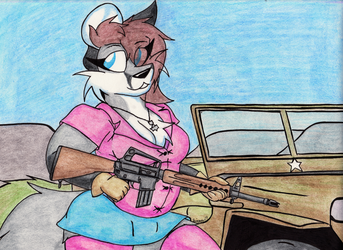 In the early 1970s, the American firearms manufacturer Sturm, Ruger introduced the semi-automatic Mini-14 rifle. While the Mini-14 proved quite popular with civilian shooters and law enforcement and corrections agencies, Ruger hoped to court more government contracts by offering a select-fire (capable of fully automatic fire) version. In the late 1970s, Ruger finally debuted the fully-automatic AC-556 in a number of variants including folding-stocked rifles, short-barreled versions, and stainless steel version. Unfortunately for Ruger, few contracts for the AC-556 were made and within a few short years US law closed the machine gun registry and thus the civilian market for the rifle. However, the type did see service with at least one major government agency. The Royal Ulster Constabulary, the police force for Northern Ireland until it was superseded by the Police Service of Northern Ireland in 2001, found itself in need of a new rifle for its officers. The agency turned to Ruger, which had previously provided the service with Ruger Speed-Six service revolvers, and ordered a number of Ruger AC-556s. The AC-556 is also a popular introduction to the world of Class III machine guns in the United States due to its lower price compared to many other transferable machine guns.