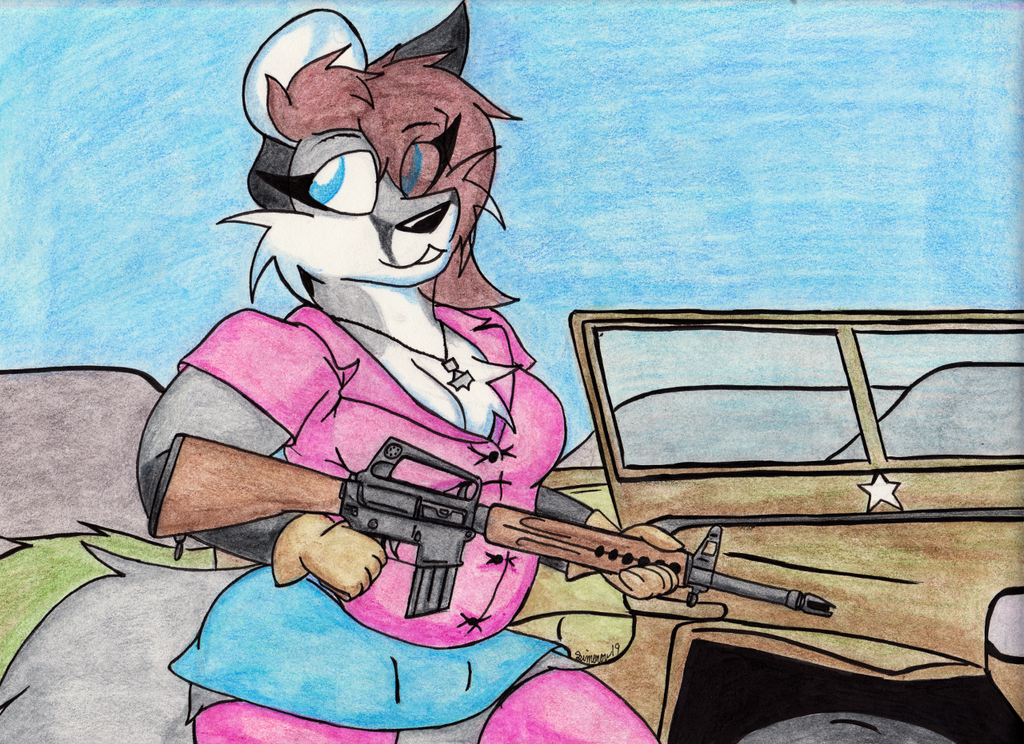 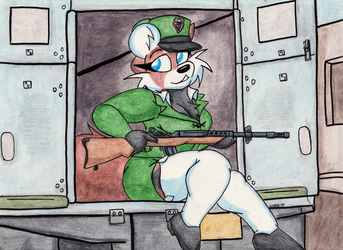 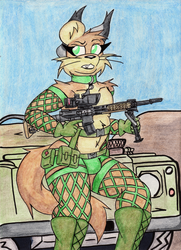 Derived from the early AR-10 battle rifle, the AR-15 prototype was developed by ArmaLite to meet a request by the US Army for a lightweight rifle with a greater capacity than previous .30 caliber rifle designs, such as the M1 Garand. Scaling the AR-10 down for a .223 caliber cartridge, the AR-15 proved to greatly enhance the firepower of an infantry squad when compared to the M14 battle rifle and allowed individual soldiers to carry greater quantities of ammunition. However, the rifle was ultimately rejected in favor of the M14 due largely to bureaucracy and a resistance to change among high-ranking US Army officers. ArmaLite then sold the rights to the AR-15 to Colt, which then proceeded to modify and improve the design. The prototype rifle seen here illustrates some the of early feature of the of ArmaLite rifle, including a 25 round straight magazine, trigger-style charging handle located in the carry handle, round handguards, and three-prong flash suppressor. While some of the elements would remain in the Colt production guns, others, such as the handguards and design of the charging handle, would be changed.

Despite the AR-15's initial failure to enter military service, it would eventually be purchased by the US Air Force for use by security personnel in the 1960s. It also drew the attention of the US Army which adopted the lightweight rifle as a replacement for the M14 following the Army's experience in Vietnam. Adopted as the M16, it continues to serve in the US military as well as many others nations' militaries around the world in one form or another. AR-15s also remain popular among law enforcement and civilians in the United States due its light weight and adaptability to a wide range of uses. As for the prototype, a semi-automatic reproduction is offered by the US company Brownells as part of its line of "Retro" AR-15 rifles and carbines.