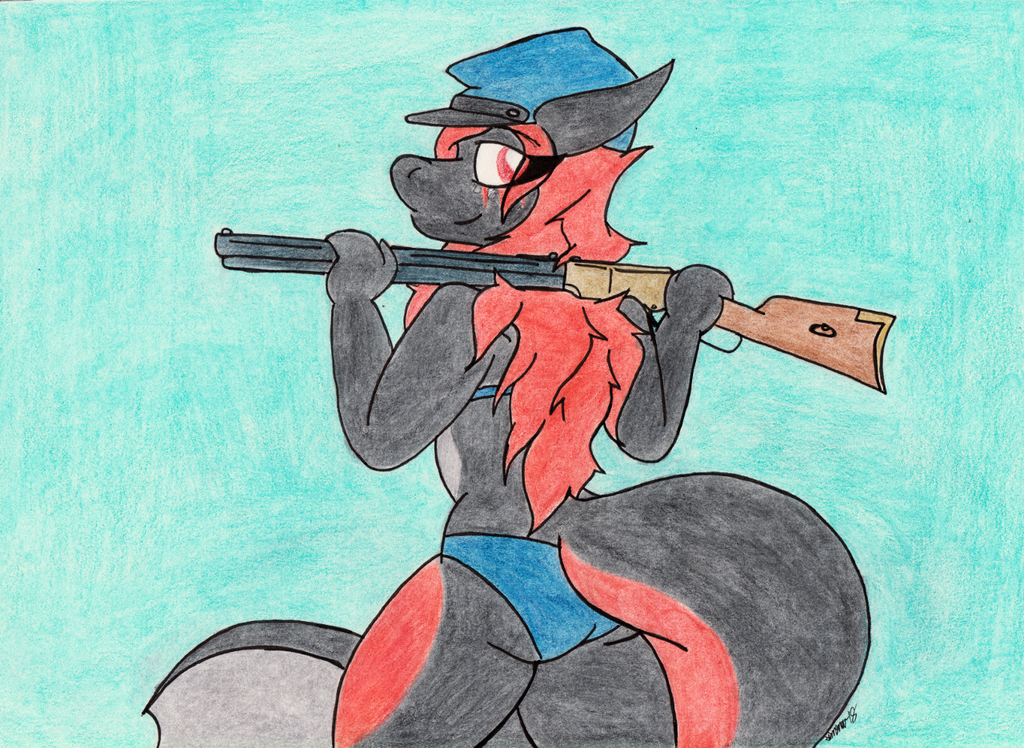 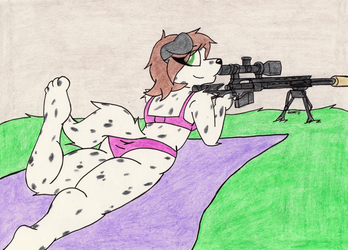 The Henry 1860 was an early lever-action repeating rifle developed by Benjamin Tyler Henry. Utilizing metallic cartridges, this repeater offered a major improvement in terms of firepower when compared to its muzzleloading contemporaries. The Henry rifle arrived just in time for the American Civil war where its increased firepower and quick reloading made the rifle popular with the troops who were carried it, many of whom had purchased their own rifles rather than being issued one by the US government. Captured Henry repeaters were also popular in the South, though inability to resupply ammunition limited its use. Like many Civil War firearms, the Henry would also continue to see use in the post-war West with settlers and Native American tribes alike. In 1866, an improved version of the Henry was introduced as the Winchester 1866 and marked the beginning of the Winchester Repeating Arms Company and a long line of Winchester lever-action rifles.

YCH pinup for Jalswim and the first installment of a new series, "Armed Anthros." This series is the successor to the old "Martial Pinups" series and will feature sexy furries modeling with various military and civilian firearms, planes, tanks, and other equipment.