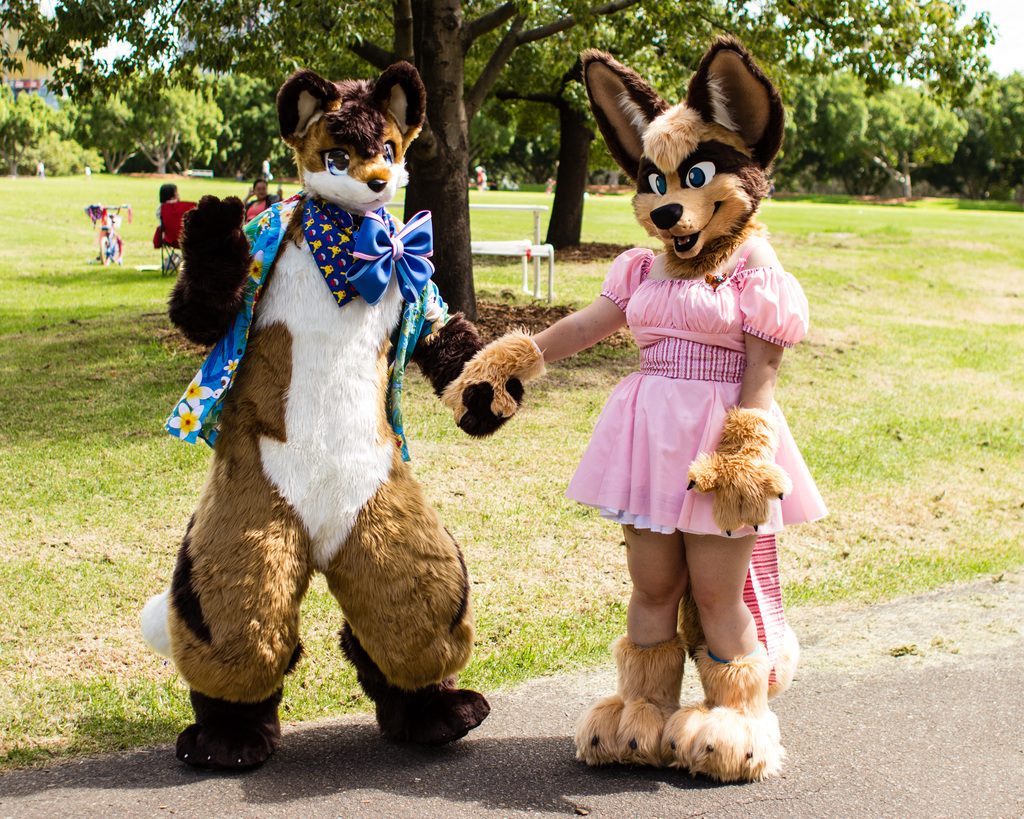 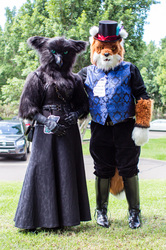 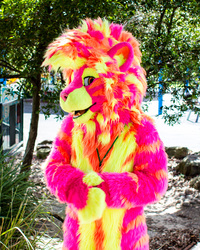 Foxdale is one of the organisers behind the Ides of March fur meet. Here he is with a female fursuiter he is dating well that's just speculation on my part but they were acting all lovey dovey toward one another. I wish I could find someone who would act that way with me. sigh

I got a bit wistful in my description turns out it's just someone that Foxdale knows.