Feeding the Birds by Silkyfur 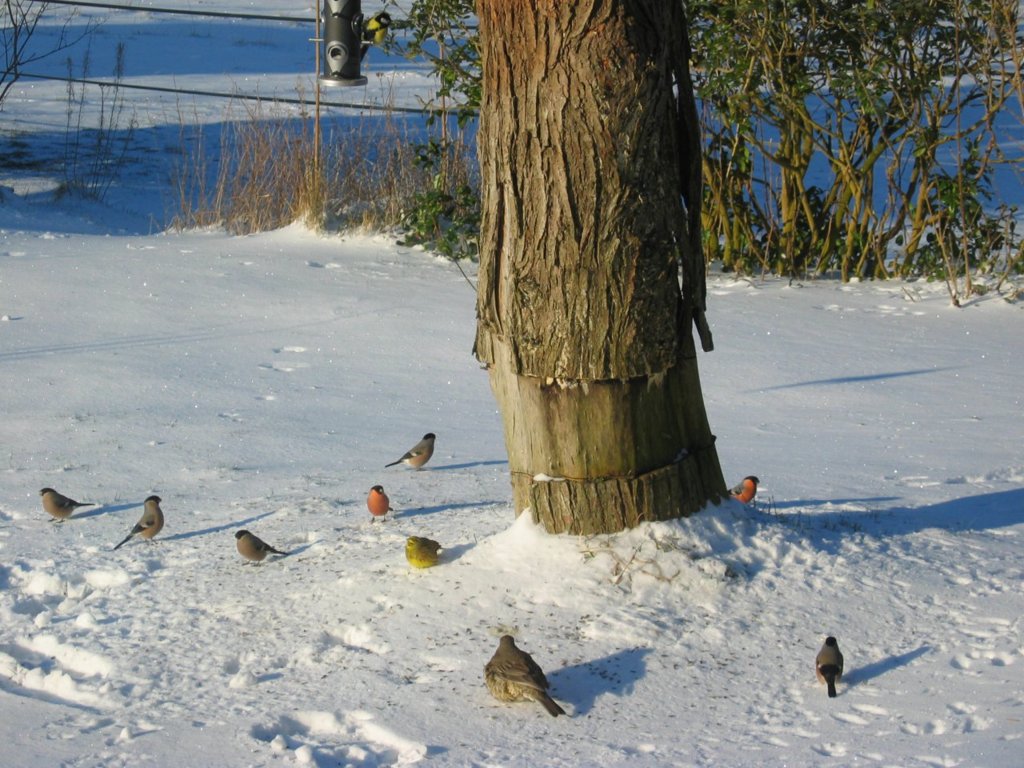 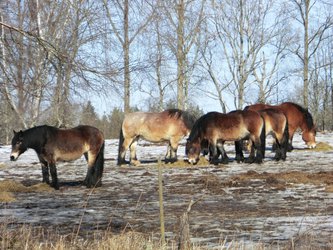 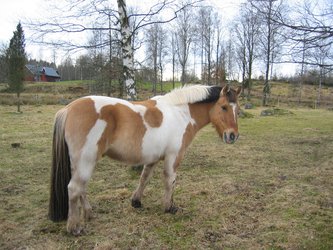 In the forest I used to live, there were many birds that needed help to survive the winter, so I used to always feed the birds. An ordinary winter, I would feed them roughly 75 kg of sunflower-seed, hemp-seed and peanuts.

This picture, taken a few winters ago, depicts some of the birds that used to come for feeding.

The black and yellow bird with a partially white face, sitting on the bird-feeder at the top of the picture, is Parus Major in Latin, Talgoxe in Swedish, and... apparently Great Tit in English. It was the most common species of bird to come to the feeders at my farm.

The second, third and fourth most common ones are actually not in this photo, and I can't at the moment find any photo I have taken of them.

The red and grey ones with black head are Pyrrhula Pyrrhula in Latin, Domherre in Swedish, and Bullfinch in English. The red ones are the males, and those with grey chests are females.

The little yellow one, is either a Carduelis Spinus, Chloris Chloris, or Emberiza citrinella. Dammit, where is my father when I need him, he is much better at recognising birds than I am! :)

I can't see from this angle what the larger, greyish bird in the front is. My apologies for failing to be informative!