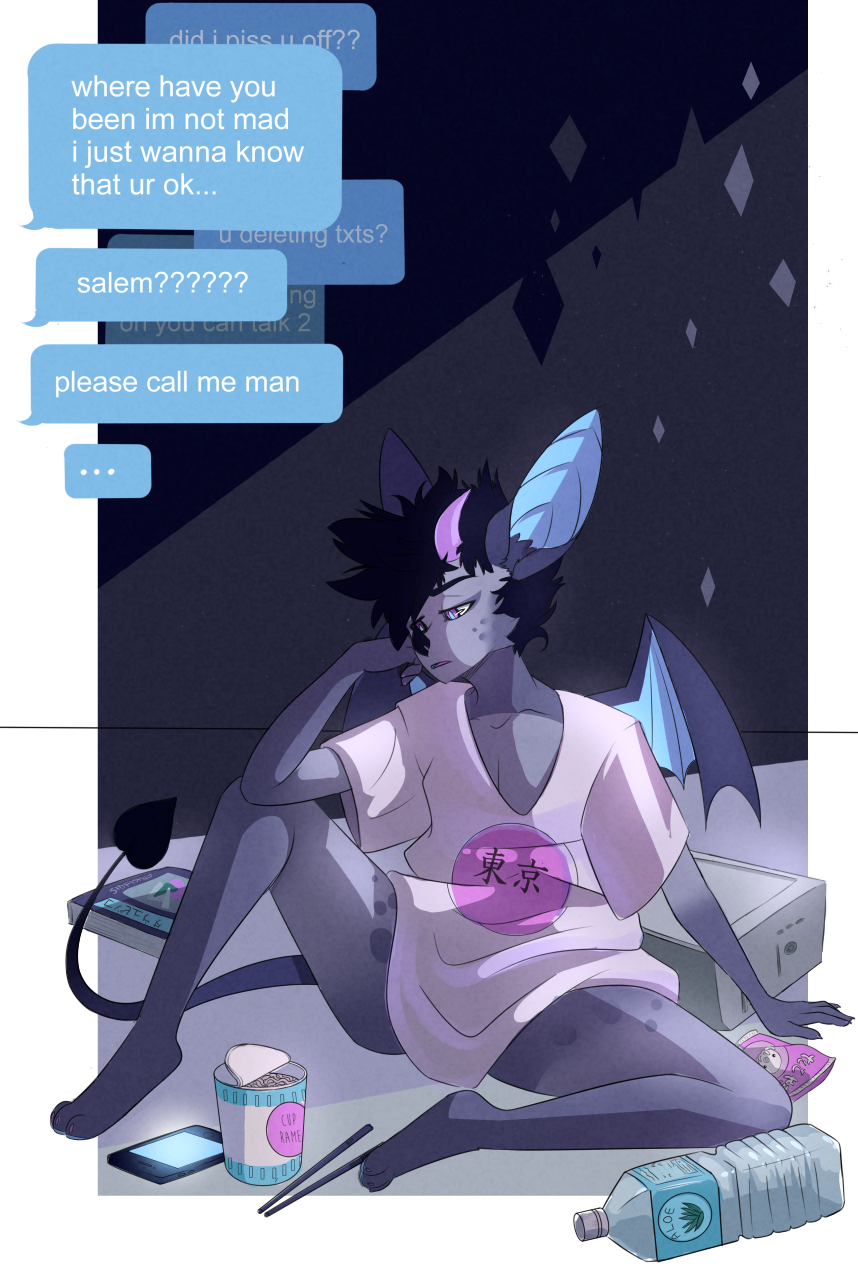 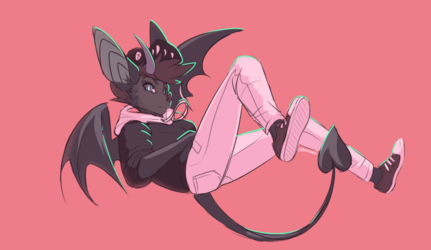 a little over 3 years ago i was living in san francisco in a homeless youth housing program with my partner. we were required to live in separate rooms, and they didnt want us to be in the same program in case of "drama" even tho we were not the kinds of people who would do that.

it was just really destroying my mental health. i was having to deal with living in a city where on more than one occasion i was propositioned to perform sex acts for money, sexually harassed for being visibly queer, and ended up sexually assaulted on the muni underground. i was scared a lot of the time, i wouldnt travel outside at night and eventually avoided it during the day too, since it was scarcely better.

i couldnt really do much on my own, i was really reliant on erii to even remember how and to take care of myself by following his routine. it was easy to forget to shower or eat. if i had to leave my room by myself when i couldnt stay over at erii's room, id make a run to the grocery store on the corner for convenience food at hours where i knew i was less likely to run into people.

i couldnt really see what i was going to do with my future or where i was going to go. i was emotionally raw all the time, loud noises caused me to have physical anxiety attacks and puke. just super ultra depressed constantly. i felt so absolute bone and soul tired i couldnt bring myself to make any kind of attempt at killing myself. i couldnt organize my thoughts on the steps it took to do laundry, let alone how to travel to the golden gate bridge to jump off. no one really knew how bad stuff was, everyone just had parts of the what was going on, because i was so absolutely wiped out trying to talk about it.

when erii had to travel across country to see his grandma for a week after she nearly passed away, i was left alone and in charge of my own self care for five days. i think it was five days in total, it might have been four. all i know is that i forgot to eat for aprox three days, slept close to 15 hours a day and would literally just lay in bed and stare at the wall for hours on end. when i was awake and active it was night time and i would pace the tiny 10 x 11 ft SRO i lived in grappling with intrusive thoughts and fearing having to go out into the hall to use the floor bathroom. i lived in trash and filth to an embarrassing degree.

about the only thing i could do occasionally was play an hour of animal crossing at a time because it let me indulge in the fantasy of owning a house, decorating it, and having friends that i never had to have meaningful conversation with lol i usually got tired doing that too.

it was a week where i saw how bad things were with this isolate/self destruction cycle i was stuck in.

there wasnt any enlightening moment after that. erii came back home and it was easier to just follow his daily routine and get back on track. moving out of the city has helped a lot, but i dont know how well id function without my partner w/out some kind of intervention--he offers so much stability in my life.

i think thats why salem's kinda ended up my unofficial mascot lmao so much of myself just kinda slipped into story stuff w/ him and i lovehate his flaws because i kinda identify w/ him so much. like i have an official "sona" but im prob gonna sell it because i have like zero attachment and everyone likes his design lol.