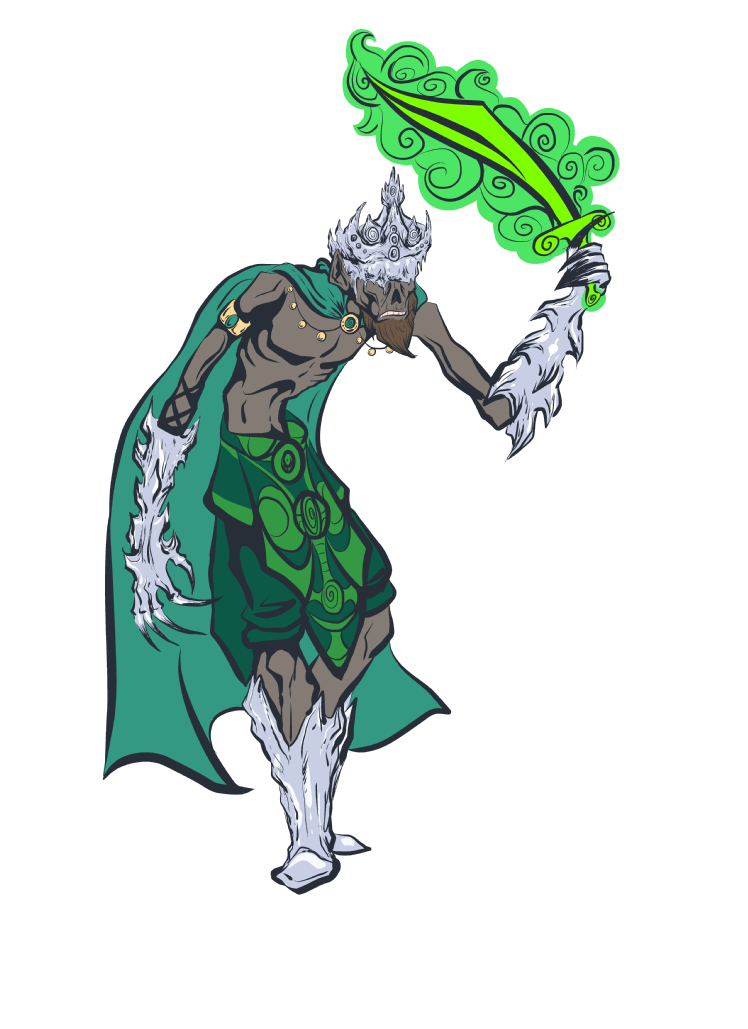 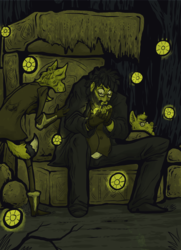 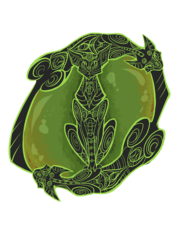 I even gave him a dumb backstory I pulled straight from my ass! (I also accidentally gave him a dumb, lop-sided beard but WE DON'T NEED TO MENTION THAT. :I)

The Blind Prince was once the fierce warrior prince named Altero the Great. On one fateful day, an evil necromancer, in search of more undead slaves, slaughtered Altero's village. The necromancer decided to make Altero his personal body-guard and loyal companion, so he resurrected the prince as an intelligent undead with the power of the icy grip of death. With Altero's intelligence came self-awareness of what had happened to him and his people. He killed the necromancer out of revenge. Unfortunately, he also had to destroy all the others in his village, as they had essentially become mindless zombies set on destroying any living thing that they came across.
After all this, he dedicated his life to stamping out evil wherever it can be found and protecting the lives of the innocent."