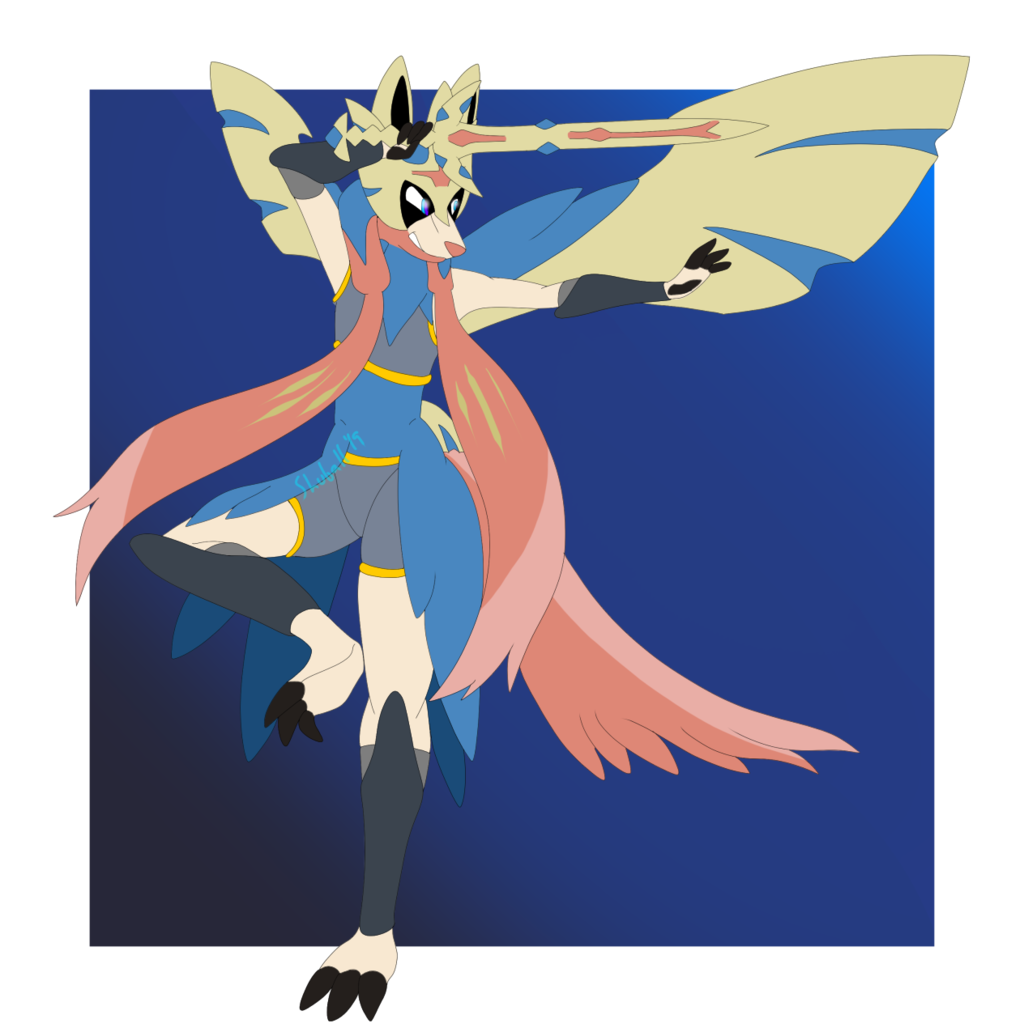 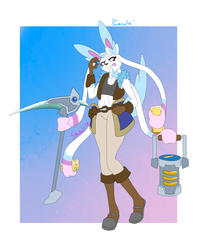 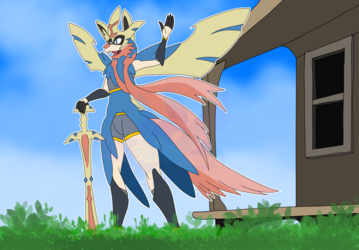 Heya folks! Been a while!

Been drawing in the shadows, but in lieu of Sword Doggo and how many times he's been made a dork, I decided to heccin' make an equally-dork OC one of my own!

Have Sven. He's a sword doggo. He's just as dense and dorky, yet also has a wife who loves him, a wooloo named Sabi owned by :mekachiiicon:! She basically has this oafus on a leash. Currently making him a shirt that says 'If Found, Return to Sabi'.

Also, in all seriousness, just a practice in 'perfect is not as good as done'. There's flaws abound, but I'm trying to really adopt this mindset instead. Feels healthier, imo!

Zacian is © The Pokemon Company/Nintendo
Sven is © He who calls him his spirit animal, me!