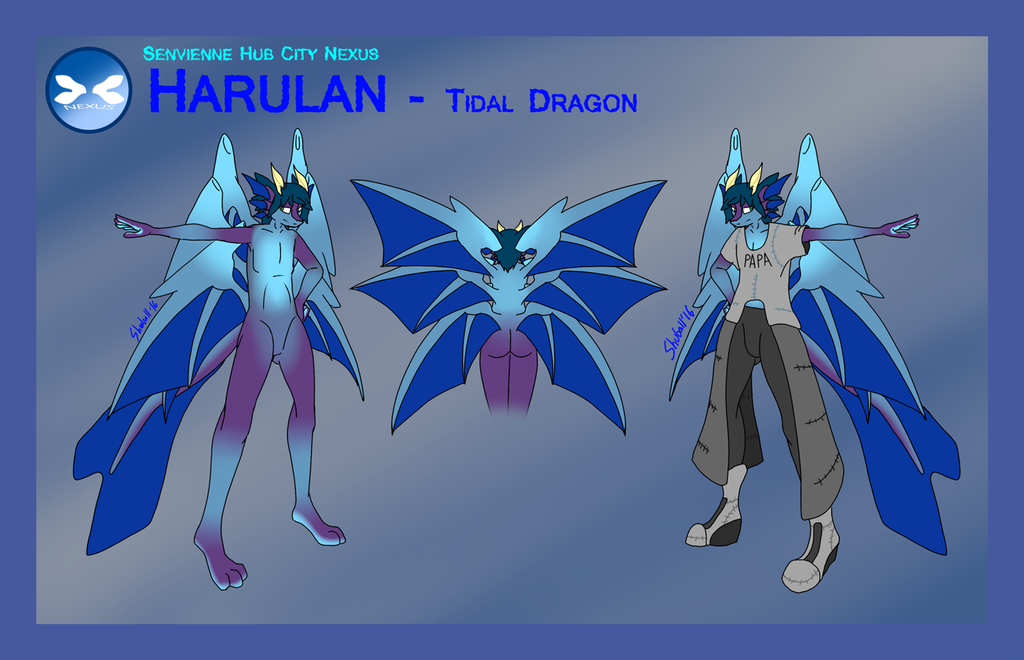 The third - and the oldest - of the three odd dragons that form the core of my Senvienne-related work! He's not really around the main Nexus setting, despite the indication of his affiliation in the ref. However, he's still bound to the other two who are - thus, he's connected!

The tips of his wings can emit water jets, as well as vent fog-mist, and he's incredibly quick in water!

Also, he oversees a small subterranean civilization of bat-critters who come up to his kneecap at the tallest, who clumsily stitched the 'PAPA' outfit he wears.....which he ALWAYS wears both because he loves the little critters to the ends of Senvienne, but also wants to show it off to the world, though he won't admit it unless asked. Insulting the outfit equates to basically having a death wish. He's an aloof and moody butt, but he cares a ton about his littles! He also oversees the realm with the only human found on Senvienne, his wife, Aciri....who keeps him from having any form of temper!

Harulan is © the goober who might likely be a grumpy dad to everyone but his own kids, me!