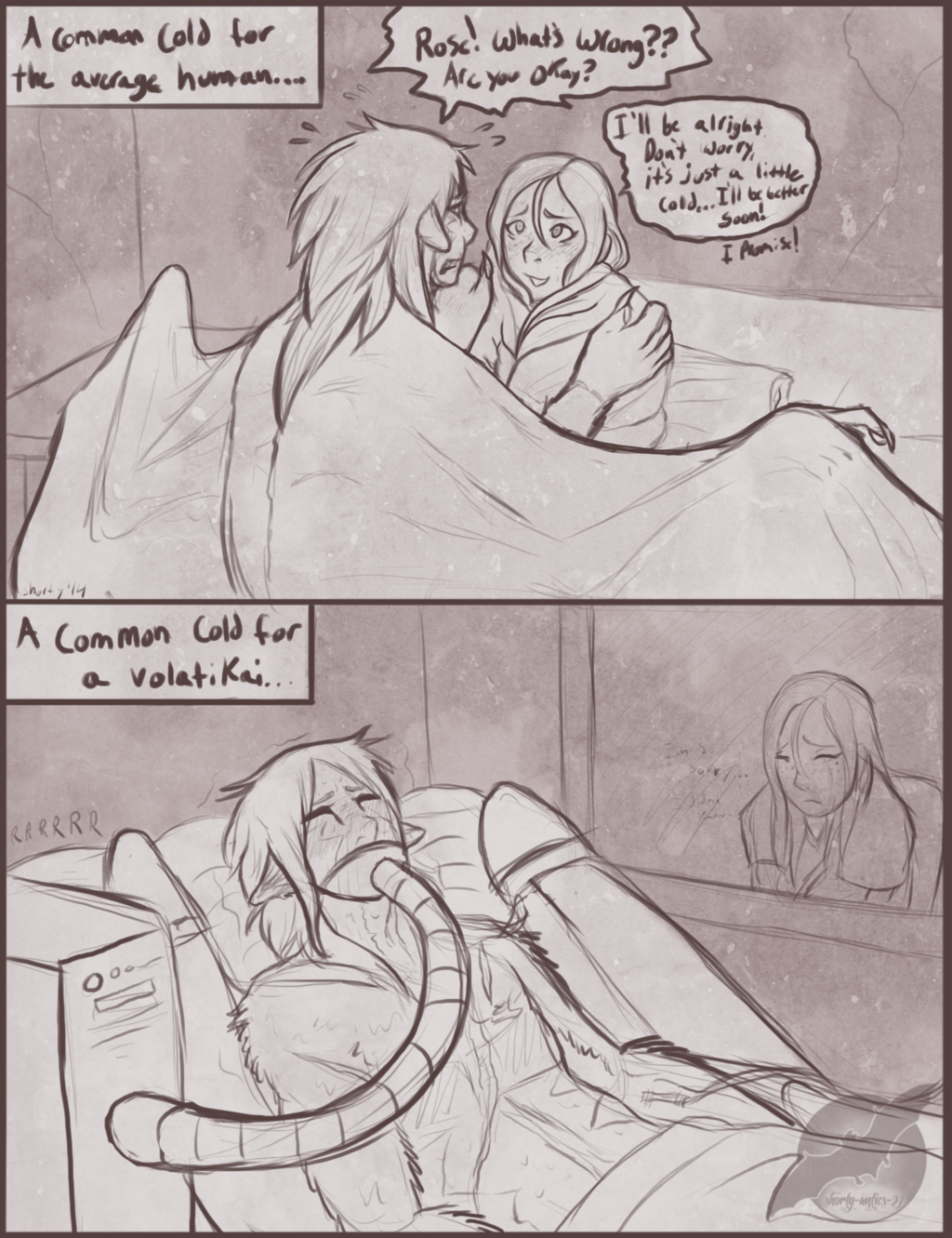 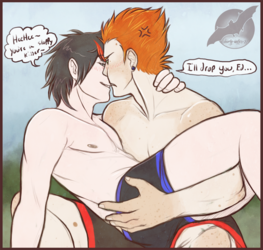 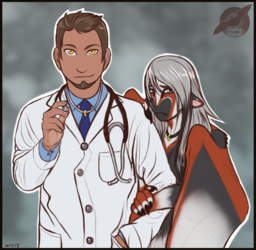 Oh look, I actually did some character development AND volatikai development. XD Wahahaha!

Lots of people I know are getting sick recently, so I decided this was a perfect time to show this.

Volatikai can catch human sicknesses rather easily... and for those who have the genes of the father's were form, they can get way worse than normal if they catch a cold. It is very easy for them to die if they get sick, too, unless they somehow had access to the ER/Human hospital.

For them, it acts like a fever and makes the body temperature rise to deadly heights, while also making it very difficult to breathe.

So in this case, Rose had a cold that makes it bad enough that she can't go to work, but she'd be fine in a couple of days. She just has to wait it out and relax.
Because of having contact with Rose while she's sick, Pierce is easily able to catch her cold, which over the next few days would make him heavily sick. Being sick does not trigger the were form, so he stays like this.
If he doesn't get help, he'd easily die.

Something like this most likely will happen when they are together, so this is most likely what they'll do.
Other humans may not like him, but they will help out in an emergency like this. It's only against the law to make offspring.

The room Pierce is in most likely will have the temp set at low, while IV's are giving him fluid as well as a machine is helping him breathe. Being sick like this could last for a day up to a week or so. Rose can't go in while he's being treated, since she may still have some of the cold with her.

The "caps" on the wings was just something I quickly drew on to give a sense that they are keeping the wings closed, instead of flopping open.

Volatikai that had a father without a were form are better at fighting off viruses like this. Pierce isn't so lucky.