Another Protective Boyfriend by shorty-antics-27 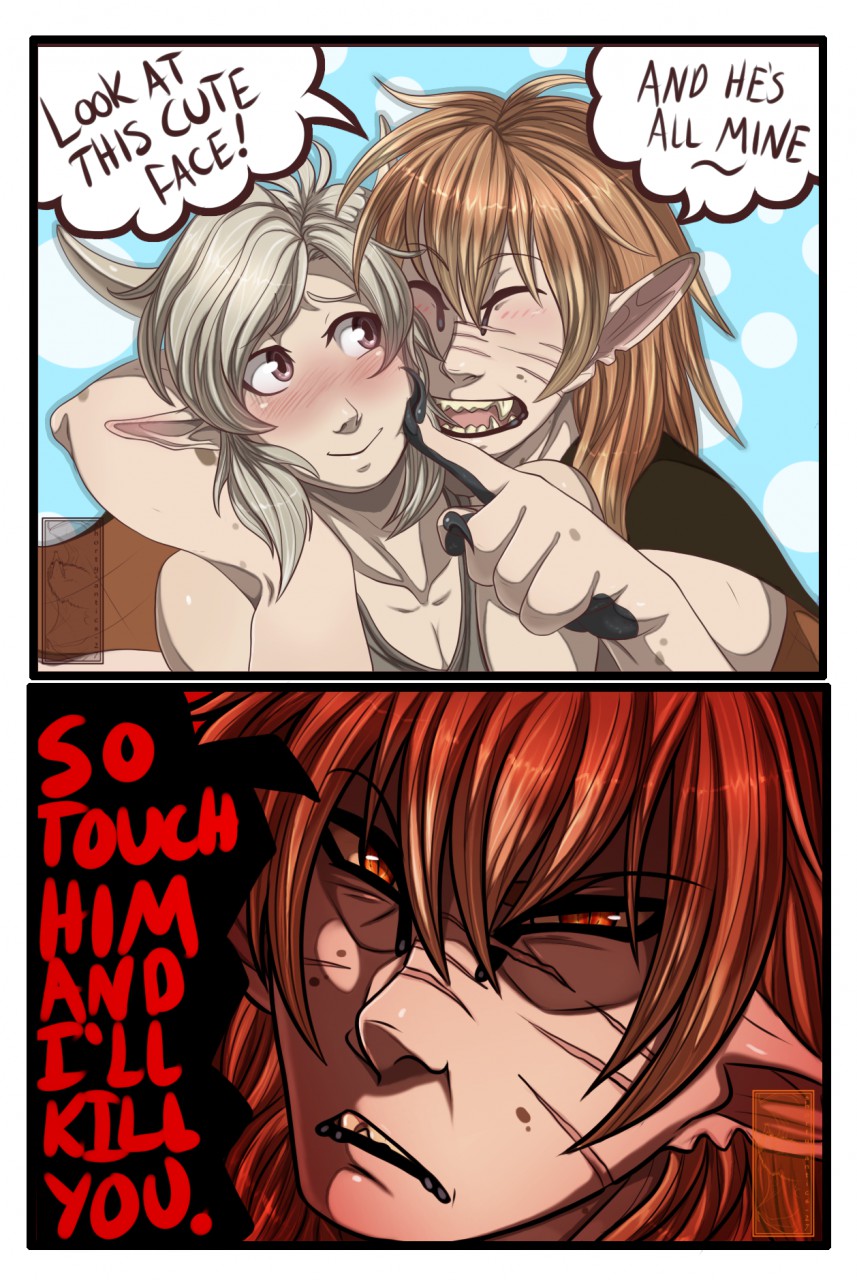 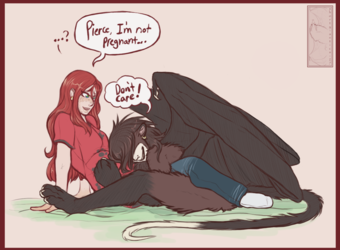 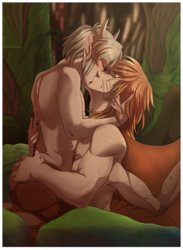 Haaah, yet another couple to love. SO MANY COUPLES NOW. AND SO MANY GAY ONES. WHAT HAPPEN?? LOL I don't mind.

Cy is turning out to be a lot like Pierce in some areas while not at all in other areas. They both are super protective of their mates. I LOVE OVERLY PROTECTIVE CHARACTERS. LOL
But Cy is nicer.
ALSO HIS WERE FORM IS LIKE THE OPPOSITE OF PIERCE'S AS WELL HAHA; His were form is HELLA STRAIGHT AND HATES MALES. Noooot good since Cy's mate is male. <____> At least Pierce's were form doesn't hate. LOL

OKAY ABOUT THE OTHER CHARACTER. He's Hari and he belongs to pudgybat on DA and he is NOT A KID. Maaan I'll get super pissy if people start thinking I am drawing pedo stuff. NO. I could go on a rant about it BUT I'LL AVOID THAT; LOL
Also I drew him nervous because Cy has super sharp claws. lol Possibly the sharpest out of all of my Volatikai because they are more like talons. HE IS CAREFUL WITH THEM THOUGH. LOL;