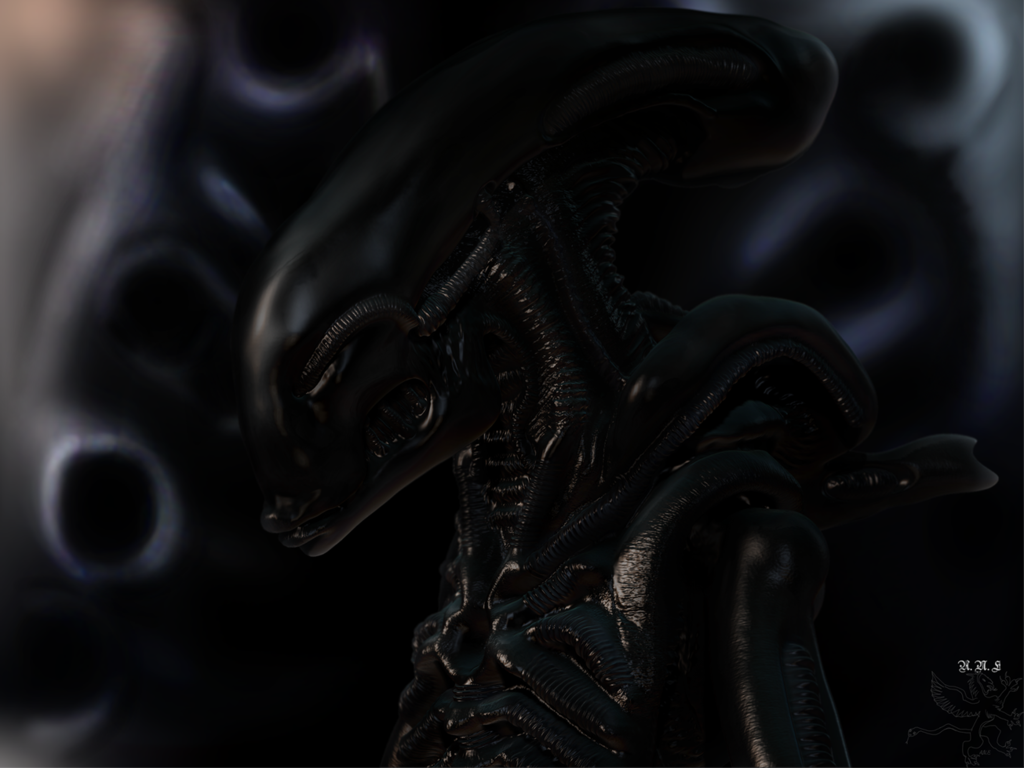 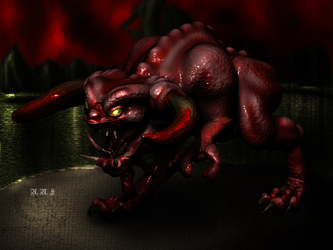 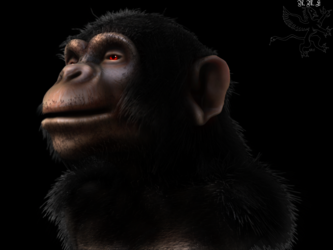 Finally done with this baby. I've been working on them since middle of January and just now finished them up.
Very late by now Bday gift for my brother Titanosaur.

Based heavily on Giger's original design for the alien in alien 3, with a few modifications of my own thrown in.

Model is done in ZBrush 4R6, with final rendering in Photoshop Elements 8 and 11. Background is nothing special, just a three or four minute hive sketch.

EDIT: Aaaaand yet again Weasyl made the picture too dark. Its only on this site that it looks that way...wonder why.