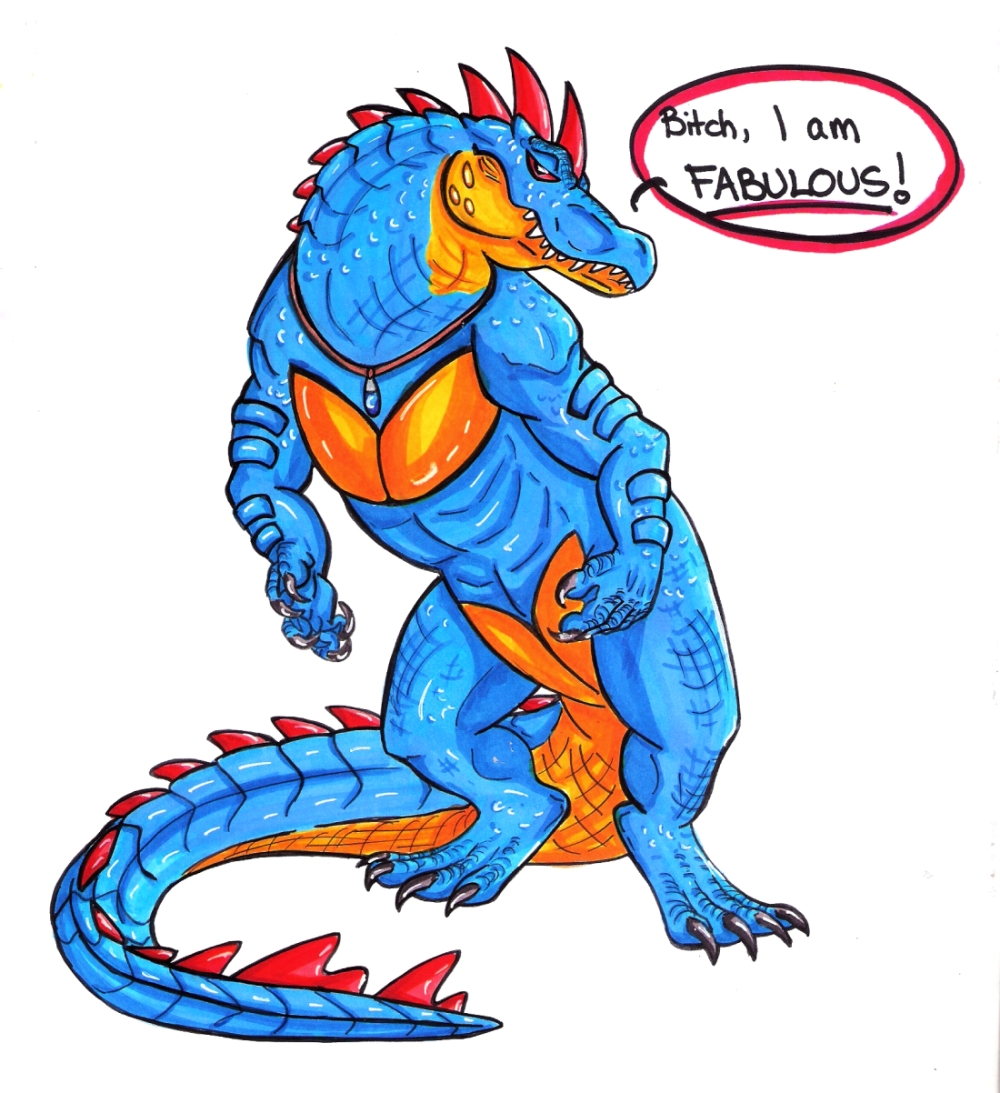 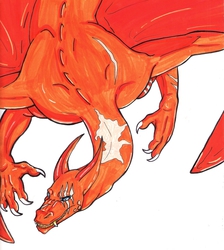 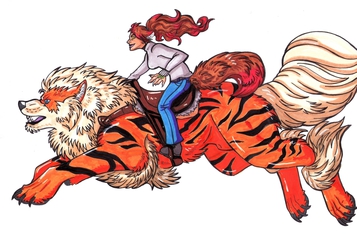 As Croconaw reach the fruition of their evolution stage onto that of Feraligatr, they pack on explosive height and weight that will enable them to reach full maturity. They stand more upright, the scutes and spines along their backside and tail grow more pronounced, and the yellowed “caveman-like” underbelly fades until only the chest and lower abdomen remain, while the underside of their jaw blooms into a more brilliant fair colour. When they flare out the yellowed parts of their throats and underjaw, it is meant as a threat display to competing males as well as a way to woo females during mating season. Equally adding to the display, the crests adorning their skulls are flushed a more brilliant crimson to impress them even more, although the colour fades during other times of the year. The brighter the throat and crest combination, the more likely a Feraligatr is at attracting a female and getting laid that night. Females do not possess as bright a throat patch and their crests are smaller and duller. That does not mean they aren’t as dangerous as the males; in fact, females tend to be larger and nastier than the males, even if they don’t appear as flashy.

Croconaw are also known to have caused property damage with their immensely powerful jaws, more so than when they were a Totodile, if not trained to curb the urge properly. Some trainers have been known to be injured by their own pokémon if they are ill prepared to undertake these changes in their Croconaw. Due to this, it is not generally advised for those with young children or inexperienced trainers to take on the responsibility of a Croconaw. Wild juveniles tend to be more aggressive than their domesticated brethren, as they become more territorial and will attack just about anything or anyone due to increased appetite, mass and overall growth spurts.

Until they actually reach adulthood, however, Croconaw tend to think they are the shit the closer they are to their final evolution and nobody can tell them otherwise. They will gladly strut around much like prepubescent teens, trying to overcompensate until they reach that sexual and physical maturity. Until then, good luck with the little moody brats.
Pokemon belong to Nintendo
Art and character belongs to me~