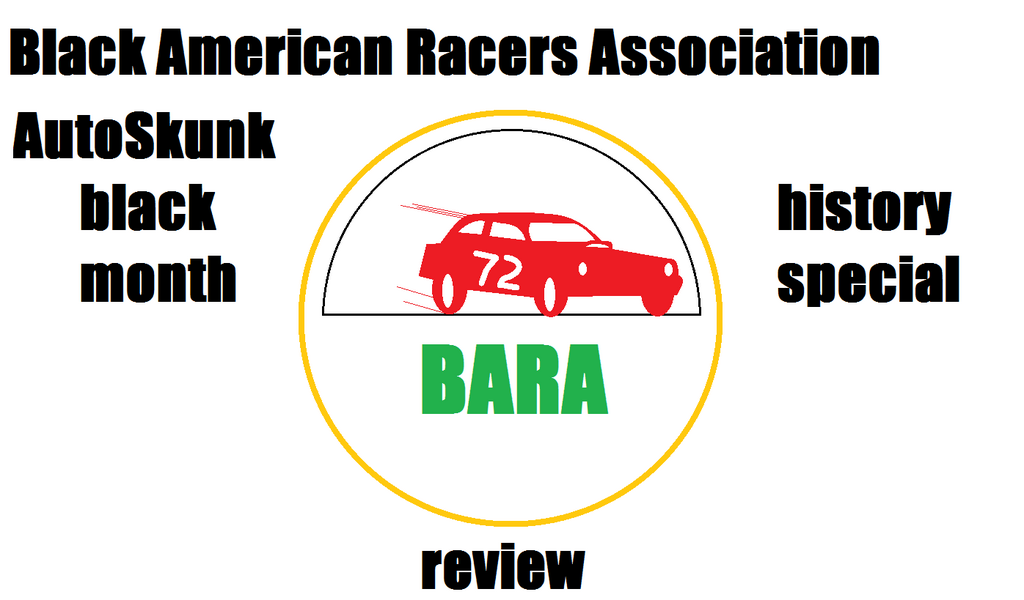 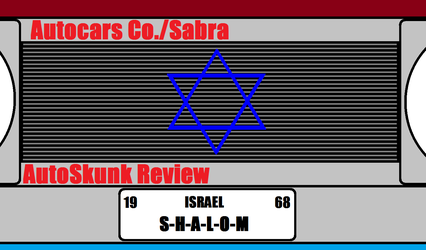 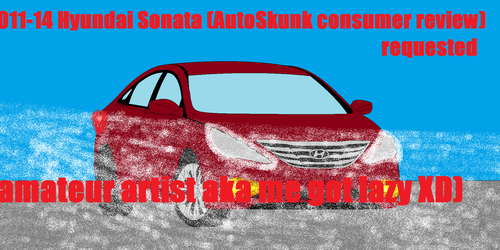 well it's February guys which means it's once again time to celebrate black history month the only way the AutoSkunk review knows best, with a new black history month special review, and this time It'll be about the story of an all African American racing club, the club's name?, Black American Racers Association, or B.A.R.A for short.
it was the first racing club by and for black race car drivers and one of it's members is a man who I previousely devoted my first black history month special review to (Wendell Scott).
it was for black racers who competed in nearly any motorsport including Nascar, NHRA, and SCCA.

the club was founded in 1972 in Trenton, New Jersey by Leonard W. Miller (who was one of two of motor racing's African American pioneers and as far as I know is still alive today), and Ron Hines (who was the first African American Ivy-League graduate who went on to become the first black auto racing engineer as well, I believe he was the other one of the two black racing pioneers as mentioned above), the other founding members include Eugene Gadson, Charles Singleton.
the purpose of the club was to give recognition to black race car drivers, crews, mechanics, car owners, and other members of the auto racing community and corporations that help promote black racing development.
the short term objectives of BARA were publicize and promote to the American public the acheivements of blacks in motor racing that the time were all but forgotten, to inject interest in the minority youth oriented racing careers, and to increase black spectator interest in motorsports.

as for the their long term goals?, they include educating BARA's membership in building successful racing teams, reducing sponsorship inequities facing black racers and racing teams, and supporting the continuation and growth of racing in general.
in 1974, BARA's regular membership was only $10 (that's equal to $55 in today's money, not very cheap mind you but about the normal price of race club membership depending), and a lifetime membership back then would run about $100 (about $556 in today's money, yikes but again not cheap but normal membershp price).
the best benefit of a BARA membership was a membership card that can be used for discounts at speed shops and auto stores that excepted them throughout the United States (Canada excluded), those noted in the association's yearbook included Hollywood Sam's in Detroit (never heard of it so don't ask), and Trio Auto Supply in Trenton, New Jersey (never heard of that one either).
it's membership grew to nearly 5,000 members including several car clubs.
each year BARA sponsored a dinner dance honoring black racing's most accomplished individuals.
Sumner "red" Oliver, a black racing pioneer from Indianapolis, was honored at BARA's first convention in Trenton in 1974 for his success as a driver from the 1920's to the 1950's, and as a mechanic in the United States Auto Club Championship.
in the 1970's, Oliver was a crew member on the Patrick Petroleum-Wally Dallenbach indy car team.
corporate recognition at the 1974 convention included the BARA Schaefer Brewing Company Award to Stock Car Racing Magazine for it's coverage of blacks in racing in 1973, and to the Champion Spark Plug company for it's support of black racing development.

in 1975, BARA held another convention, this time in Arlington, Virginia, and that years honoree?, was none other than Wendell Scott, the well known long time Nascar competitor from Danville, Virginia and BARA's first vice president.
Scott was the only black driver to win a Nascar race at the time in Jacksonville Florida in 1961.
the 1975 BARA Shaefer Brewing Company Awards were presented to Brown and Williamson Tobacco Company for it's historic pioneering sponsorship of Black American Racers Inc., a Formula Super Vee Gold Cup and Formula 5,000 road racing team with driver Benny Scott, and to Driver Wendell Scott for his pioneering efforts in Nascar (the Ford Motor Company at the time refused to recognize Scott's accomplishment's at the banquet, shame, shame, shame).
a year later at BARA's 1976 convention, BARA's first president, Malcom Durham, was honored for his historic accomplishments in drag racing.
Durham won many times in the NHRA and was well known on the associated match racing circuit with his "Strip Balzer" Pro Stock racing cars.
he was also the successful owner and operator of Supercar Engineering, a racing oriented car shop in Hyattesville, Maryland, until his death in 2006.
his sponsors included Pennzoil, Cragar Industries, A&A Fiberglass Inc, Edelbrock, Champion Spark Plugs, Goodyear, Hurst Performance, STP, and Fram Filters.

AT BARA's 1977 convention, Tommy Thompson of Somerset, New Jersey was that years honoree for his accomplishments as the driver and cheif mechanic for the Black American Racers Inc. Formula Super Vee team.
Thompson won the Northeast Sportscar Club of America Formula Super Vee Championship in 1977 becoming the first African American to accomplish such a feat.
at the 1977 convention, prior to his professional fight, BARA awarded pro boxer Sugar Ray Leonard a lifetime membership for inspiring youth in the Baltimore area and around the country to acheive in sports.
Tommy Thompson (who later died in a crash at a race in Trenton) was recognized with awards from STP, Trio Auto Supply, and General Kinetics Cams.

remember me mentioning something about yearbooks earlier in this review?, well BARA published a book titled "The Black Racers Yearbook", it was an official annual publication BARA would sell for $1 dollar.
it had thirty two pages and consisted of articles covering topics such as "how to obtain sponsorship", and challenges for racers.
today these books are rare to find and probably go for quite a bit of coin online if you were lucky find a copy, but it was a book that covered black racing history from the 1930's to the 1970's.
seven major corporations placed ads in the yearbook, and thousands of copies were sold in the United States (I don't exactly know how many of those copies are still left but like I said they're rare today).
the club also published a monthly newsletter that highlighted accomplishments by black racers in all phases of motorsports in the United States.

another thing the club did was they hosted their own annual race event.
starting on March 10th, 1974, at Madison Township Raceway Park in Englishtown, New Jersey, BARA sponsored Englishtown's 1974 opening event, a Pro Stock race featuring the United Soul Racing Team.
this race included many of drag racing's African American stars at the time, including Rufus "Brooklyn Heavy" Boyd, "Strip Blazer" Malcom Durham, Bill "Tuff Rabbit" White, "Wicked" Will Smallwood, Sam Carroll, and Joe Fisher, driving Ron Lyle's Hemi Colt.
Herb McCandless drove Brooklyn Heavy's second car.
all in all it sounded like it was a success, more than 25,000 spectators showed up for the event.

BARA was a racing club like no other, like Wendell Scott, the club opened doorways to oppurtunity for future black racers.
they not only helped African American drivers succeed in motorsports and give them the attention from sponsors needed to race, they pretty much laid the foundation for their future and the future of future generations of black drivers.
BARA had acheived what they set out to ahceive and I'm guessing the clubs organisers believed that it served it's purpose, in 1978 the club was shut down and disbanded.

while the club may be gone, it's legacy it left behind still lives on, as long as there are still African American drivers still racing in motorsports today, it's legacy will continue to stay alive for the forseeable future.