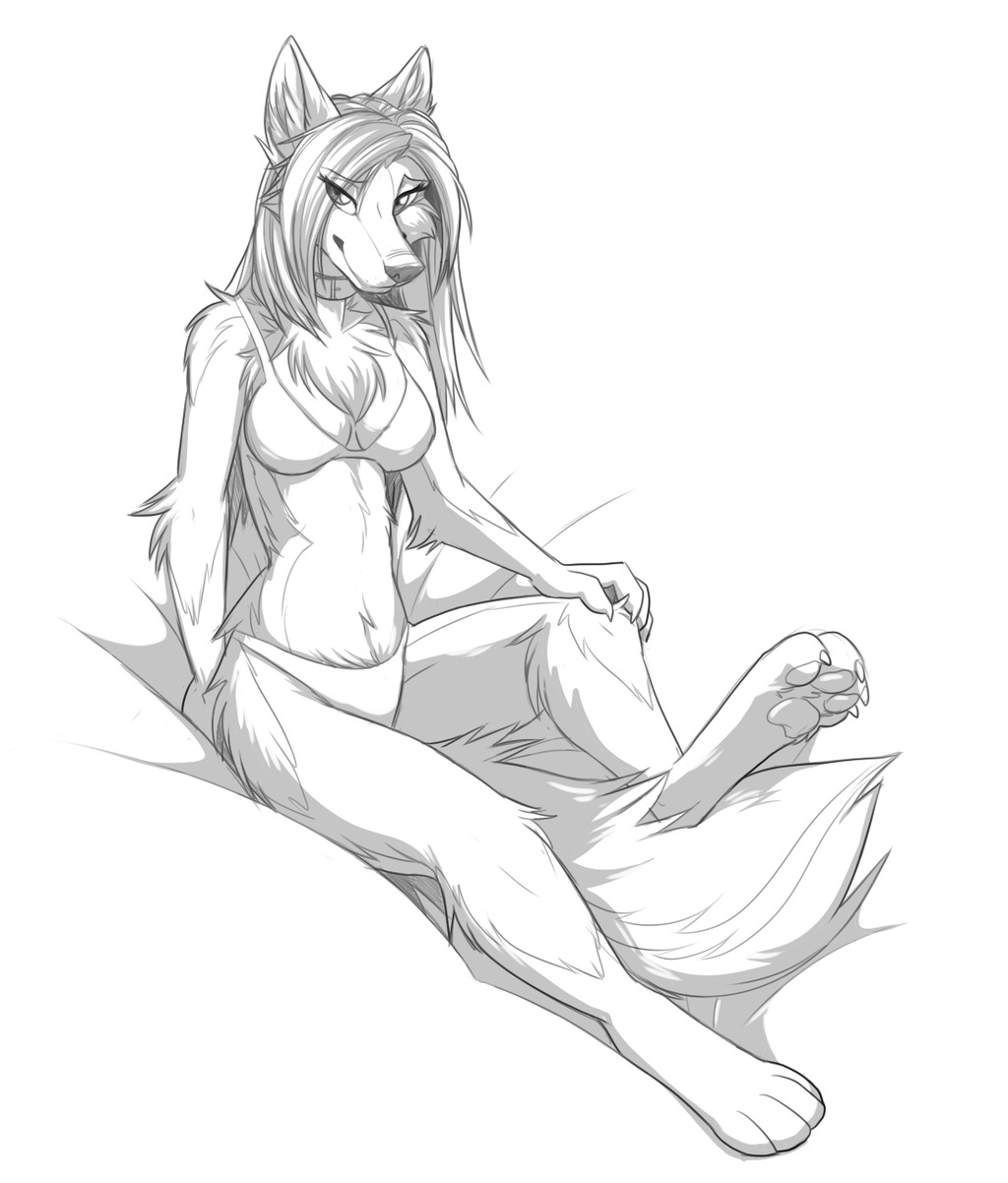 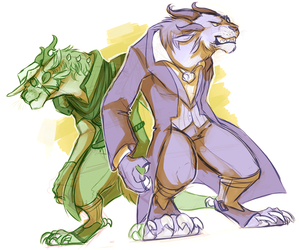 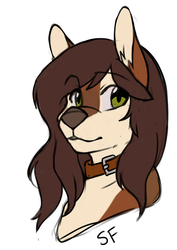 This piece is by Keihound, who was incredibly sweet and understanding concerning its premise. She's a great person who does great art and you should go commission her.

I should explain: This is not my typical gender presentation. I was raised a male, and was never very good at looking the part. I had a girl voice through puberty, baby-faced features, and tiny a-cup breasts (which I didn't really notice until recently because I was fat through most of my childhood). I tended to have likes and mannerisms more stereotypically suited to a female tomboy than the heteronormative male I was expected to be. For years I suppressed my natural tendencies, wore baggy and nondescript clothing, and seethed every time I looked in the mirror.

I would fantasize about tearing my face off the bones and stomping on the pieces. I would immediately feel guilty looking at such a scene through my mind's eye, imagining that someone's face, something so integral to them, was being so ruined and disrespected. No part of that empathy was due to the fact it was my own face. I still don't know how to interpret that.

As an aside; I know that we as a group try to shun the adult side of the fandom, but I honestly consider it to be one of our primary strengths. Having such a progressive and sex positive community has taught me so much about myself and the world, and my story is not uncommon. It seems like every couple months I meet someone else who only really found their sexual identity after realizing that the plastic pornography industry is not the only game in town.

I can be a girl with a penis here. People are fine with that. People like it. They like it in such a way that it's not shunted off into the dark realm of "fetish" and left to be forgotten when the sun rises.

Understanding this turned my world upside down. I'd suddenly taken the Red Pill and realized that the things I was told were factual laws of nature were simply constructs of a system no one questions, because it's all they know.

In this regard, I'm actually better off than most people.