Delve into a dying universe by SeaTeal 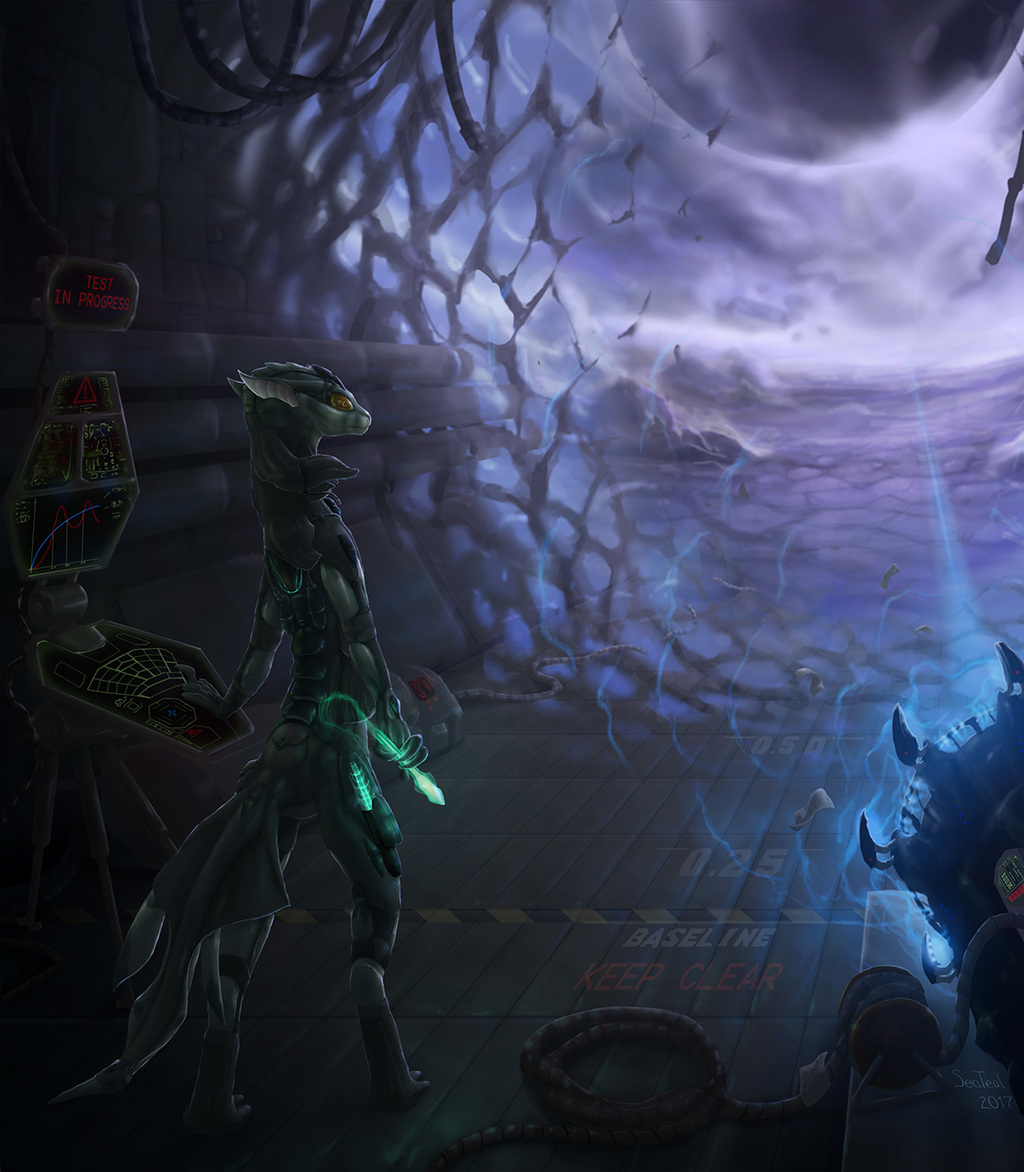 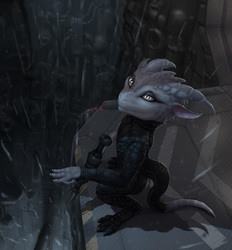 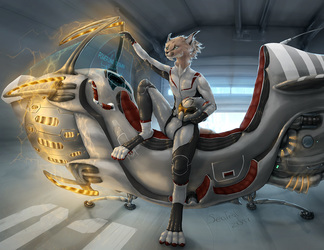 Delve into a dying universe

This is the place all the information gathered leads.
A research station off the official records, in the middle of nowhere.
Apparently it has been hastily put together, just the bare minimal organization and safety protocols. The purpose wasn't to conduct research here, they were going for a very specific reason, to travel to this region of a high entropy universe and return with something they thought will be here, before the planet on the other side is gone forever.
Their project was cancelled and the facility quickly abandoned, the exploration team leaving no confirmation of ever returning.
Now it seems I am the only one trying to finish what they started, although the reason for the explorers' disappearance doesn't seem to be getting lost...

This picture also shows a concept I've been planning for the character for a while now, the pseudomatter dart.
It has two layers: the outer, more stable structure, and the inner volatile substance.
It's manufactured by the device Nirsial wears on his right thigh and it's structure is maintained by the device as long as it is inside or very close to it (like on the pic). Otherwise, it disintagrates within a minute into a non-reactive object, then it slowly dissipates completely.
If it's outside the manufacturing device and is disturbed by a force strong enough (like impacting a target) it explodes, creating a chaotic turbulence of inter-universe warped space at the impact location for a few moments, which is very effective at disrupting shields but is also decent against standard armor and organic targets.

His other weapon is an energy gun mounted on a robotic arm on his upper back, controlled by his visor (and tongue-controlled sensor strip), It also uses similar technology in it's payload delivery, although in a smaller, more spike-like impact.