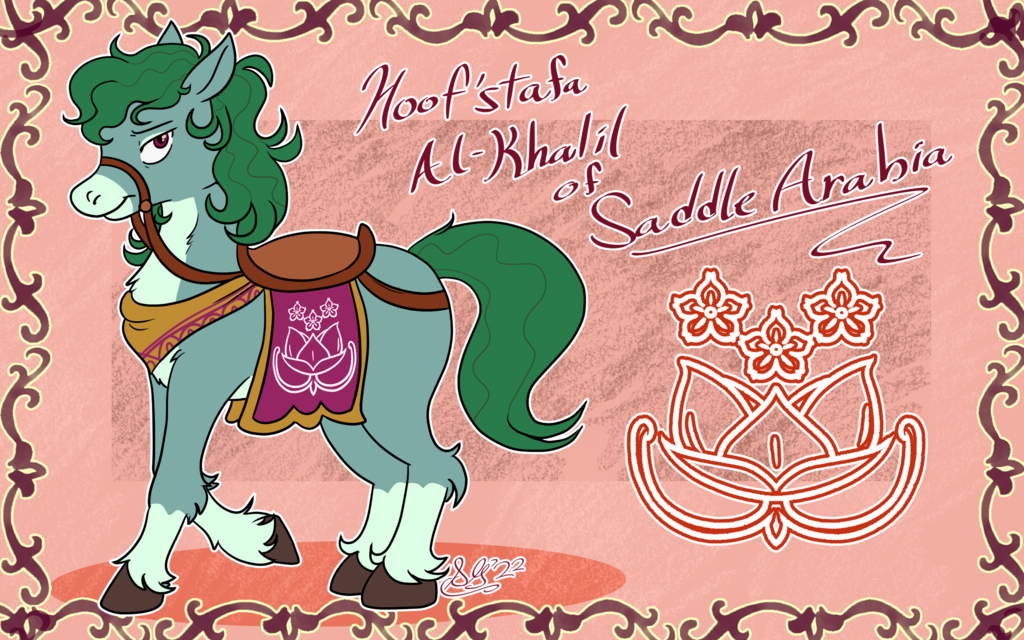 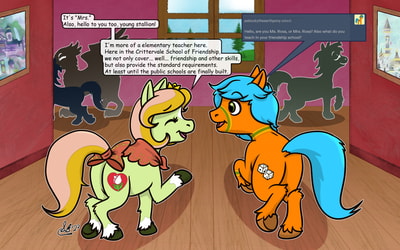 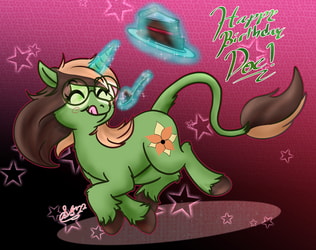 Hoof'stafa "the friend" is a traveller and former emissary of Saddle Arabia and now the fledgling town of Crittervale.

He loves to make new friends from different corners of the globe and learn more about their cultures and even species. During his business trip to Canterlot, he meets a young Rosa Blanca.
They've got along famously, later Rosa would travel with Hoof'stafa, learning about and befriending new creatures.

When Princess Twilight Sparkle and other delegates proposed opening "friendship towns" to further improve non-pony relations and spread the way of friendship, 'Stafa and Rosa were the first to volunteer.
During the founding of the brand new Crittervale, 'Stafa and Rosa were already in the plans of starting a family.

Rosa and the triplets have become 'Stafa's whole world. He now currently runs his own store in the busy new bazaar, occasionally sharing stories and experiences to willing students of the world and any new friend eager to hear a tale.

Hoof'stafa is now open for asks!

Visit us and ask us on Tumblr!
-
One Ko-fi please!
I’m taking Commissions! (Please visit my site for more art)