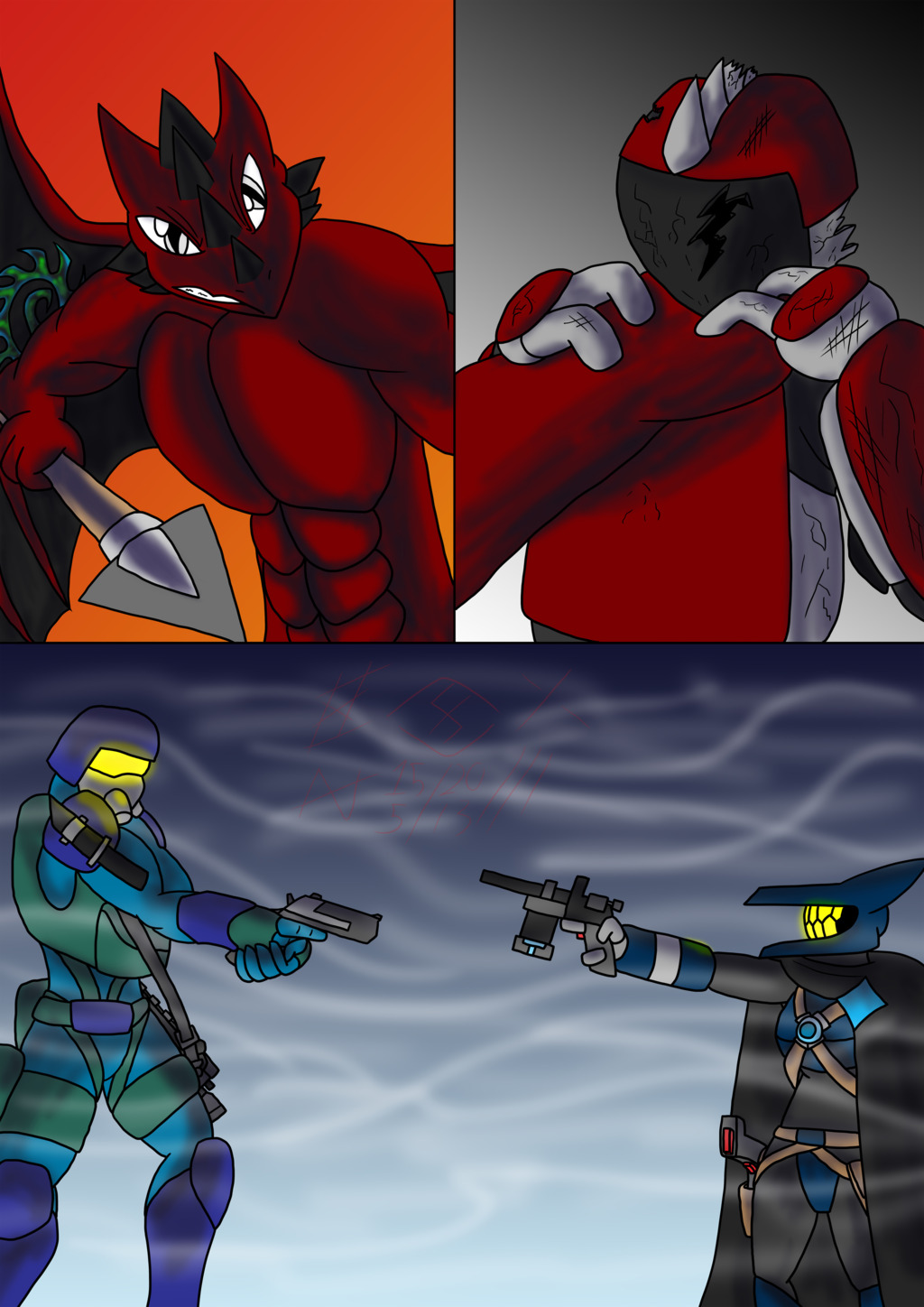 lol another pic request/trade with :icondragonwarlordx: with his oc vs mine XD. I was suppose to make a funny comic but idea changes from time to time, and this one looks awesome XD.

Spike vs Nata: seems Nata under estimate her opponent as she took some damages to her self except to Spike. Humiliation and also hatred filled her up for another match with him one day to regain her honor.

Zero vs Qu: Zero was on a mission to find some sort of energy single somewhere in the snow caves. Zero found the source but turn taking his dessert eagle pointing at Qu as she held a luggar like gun at him as they are now in a stand to wait to whom will pull the trigger.

Had fun with this except for the lags on photoshop when i increase the size or over X# its a bother but least now the pics done. Oh another note, Zero armor looks BADASS XD!!!!!