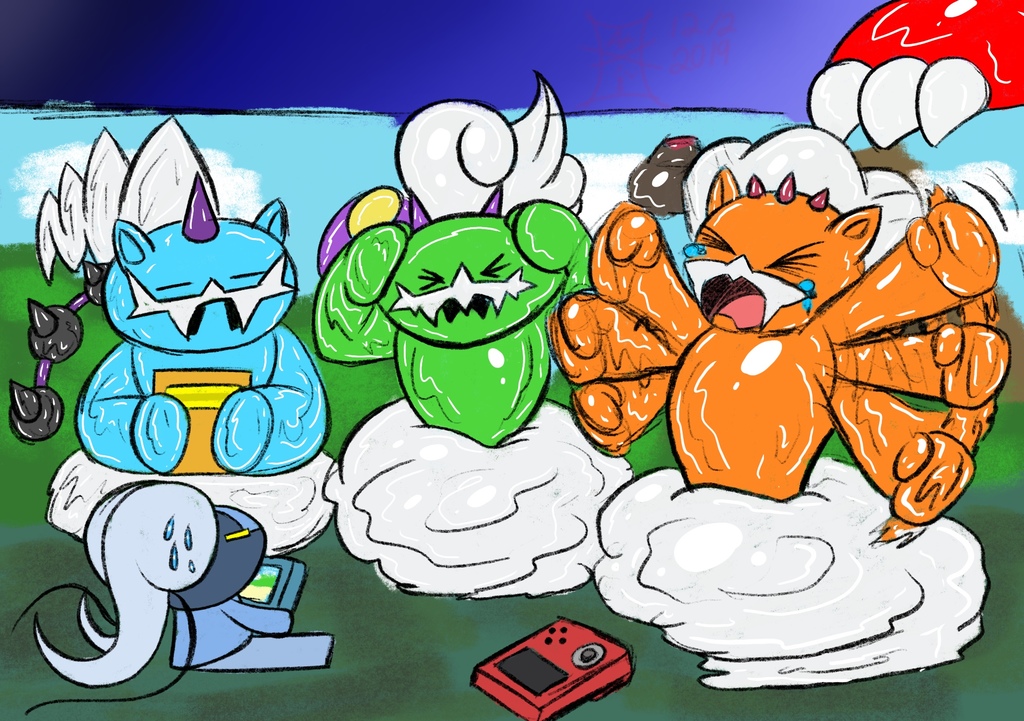 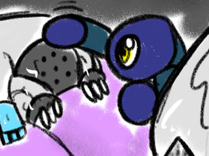 so the pokemon are: Thundurus, Tornadus and Landorus

soo the final blushes, a little sister to the cyber cat ninja plushie from the JC Slime pic o3o. Seem she has some hand held games, Thundurus seem to enjoy it, which might be simon says, Landorus, seem he having a hard time and getting little frustrated.

Not long after that, he drops the handheld in frustradtion, and flailing his arms around as he started to cry.

Tornadus cover his ears as Landorus can be really loud, Thundurus look at him as he see him does it alot, seem he doesn't mind his crying

OOOOOOOOH! this is just to heart warming X3!!! makes me want to make a second pic but will see. hehe