Don't make me say it... by SBloodwing 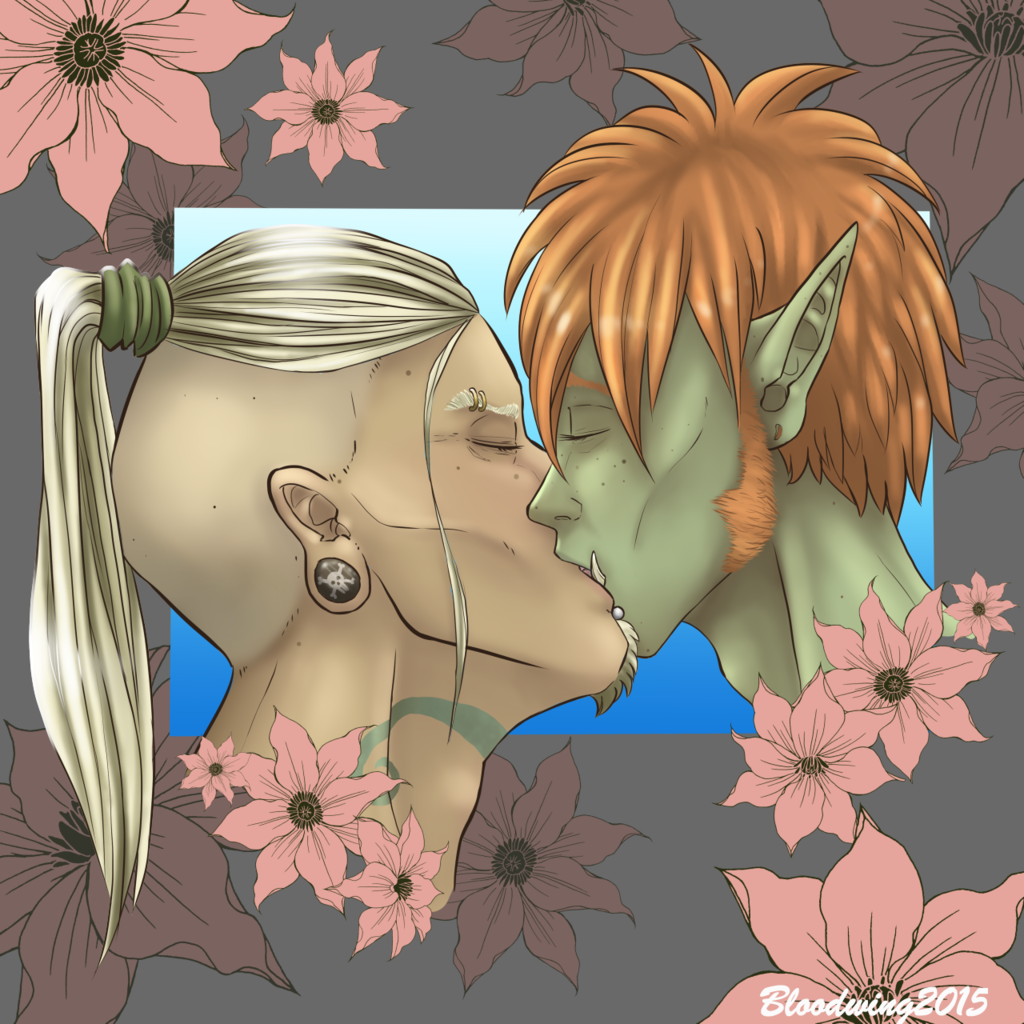 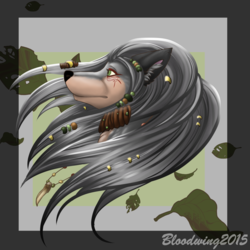 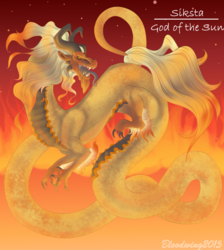 So I have never drawn any of my characters kissing. Decided to change that lol

He also rarely locks mouths with Vargoth. I imagine this some time after Vargoth informs the clan that he is gay and no longer wishes to lie to them anymore. The topic of an heir was being brought up more frequently as the chief was getting older.

Rooster was quite angry with him, fearing that they would immediately put 2 and 2 together with how much Vargoth and Rooster spent time together. However his outward anger looked more like disgust. Vargoth was greatly hurt by his utter lack of support.

From that point on Vargoth refused his company, something Rooster did not expect. He knew he would be upset, but complete rejection? Despite having Nani, a female wood elf that he care for deeply, he couldn't help but feel less than whole without Vargoth. Nani had been aware of Rooster's relationship with the Chief for some time and was perfectly ok with it. Monogamy was more of a human thing.

He was losing his mind. Vargoth seemed happy without him. After all he had Baeshra and Uuhk for companionship. Who needed an asshole like Rooster? It was obvious to Nani what was going on. She sat down with the man and wouldn't leave him be until he cracked, admitting his love for Vargoth. She insisted he make things right.

A few nights later there was a big dinner to celebrate the end of a good year. Vargoth was having a good time with everyone in the dining hall. They danced, played games, simply having fun. Rooster sat quietly watching from afar, his heart racing.

He finally got the nerve to get up and go to him.
"Vargoth..."
The chief glanced at him for a moment and ignored him.
"Vargoth please... can we talk?"
Vargoth narrowed his eyes at him, "Unless someone is dying or the stronghold is under attack, I'm sure whatever you have to say can wait" he said and turned his back to him.
Rooster gave a pained look. "Please chief.. it's... important" he insisted and put a hand on Vargoth's shoulder, which he quickly shook off. He turned to face him again with his arms crossed over his chest.
"Alright. Talk."
"Here? Can't we go somewhere in private?"
"Why? I have nothing to say to you, that I can't say in front of everyone else" Vargoth challenged him. He knew what he wanted to talk about. But he was not having it. He would not hide things from the clan anymore. Rooster remained silent. "That's what I thought" Vargoth sighed and began to walk away. The room had gone quiet. The tension between the two men was palpable.
Rooster stood there, his heart pounding faster as he watched the orc walk away. He was losing his nerve. His hands clenched and relaxed again and again. He swallowed hard. He saw Nani staring at him with an encouraging smile. He sighed heavily then shook his head to regain his composure.
"What the hell am I doing...?" He mumbled under his breath as he began to follow after Vargoth. "Vargoth!" He spoke loudly and quickly grabbed the chiefs wrist, which only angered him. He yanked his hand back.
"Don't fucking touch me!"
"Dammit Vargoth..." Rooster rolled his eyes and forward before he had time to change his mind. He grabbed Vargoth by the shoulders, immediately shoving him against the wall.
"You piece of shi-"
Vargoth was silenced as Rooster locked his mouth onto his. In front of everyone. He paused momentarily to let Vargoth take in what just happened. The room was silent as everyone turned their attention to the two men. They gazed into each-others eyes as the rest of the world fell away. Varogth threw his arms around Roosters neck returned the kiss passionately. Rooster responded by grabbing Vargoth around the waist and hoisting him up, allowing the orc to wrap his legs around him.
Before long, Rooster become quite aware of the crowd of onlookers. He unlocked his lips for the chiefs, suddenly feeling self-conscious again. He put Vargoth back on his feet and swiftly fled the dining hall and went out into the cold night.