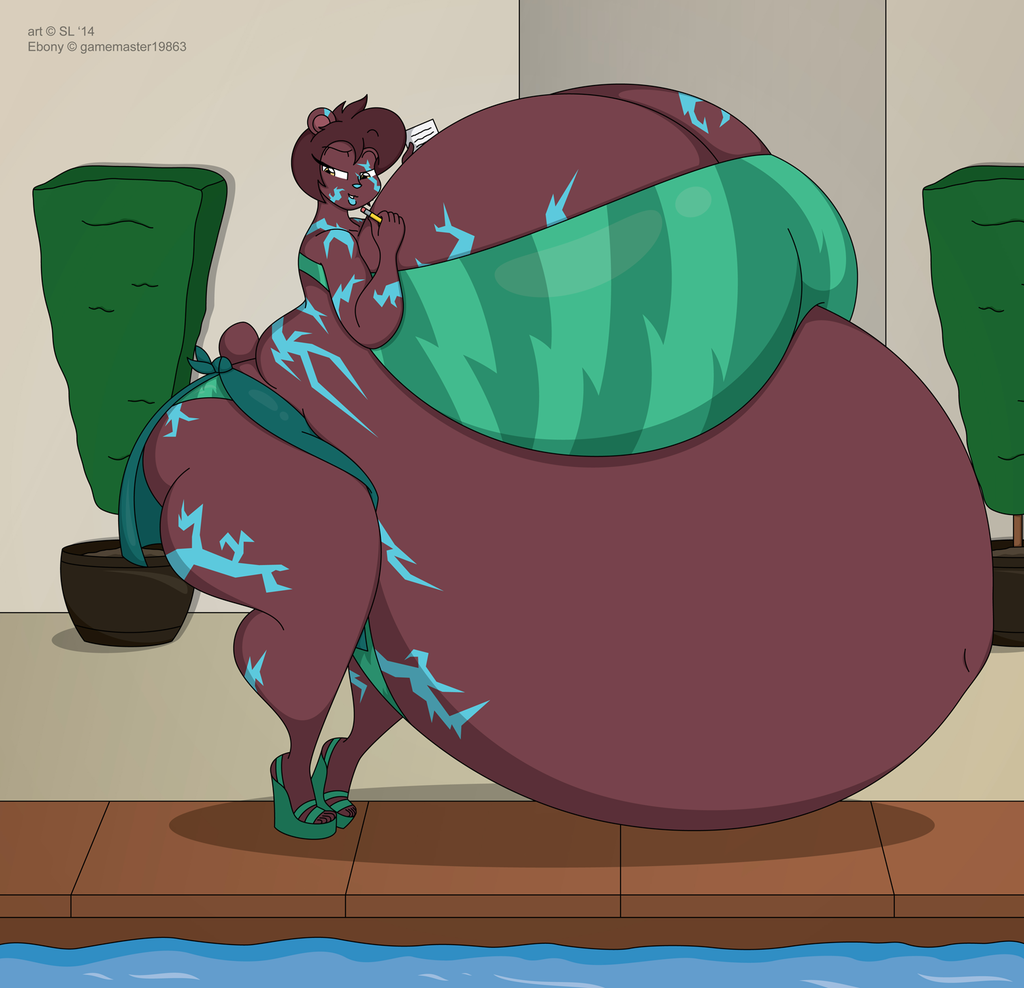 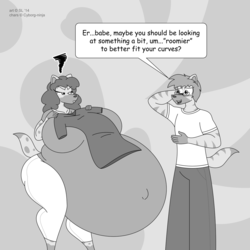 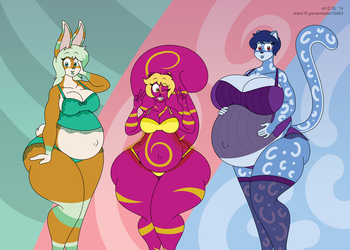 A full-color commission for

Ebony Bolt, the prominently fertile owner of her own maternity lingerie shop, has taken a few days off at a resort and spa; because even bountiful flowers like herself need a vacation from time-to-time.

However, while taking a stroll along the pool, pondering just how her swimwear, despite all of its modifications, felt so "bland"; her muse struck. What if she could develop a line of lingerie that could also work as maternity swimwear?

In mere moments, a pencil and pad appeared in her hands; and just as quickly as they materialized, she began to scrawl notes and scribble sketches; her mind and fingers churning out a veritable flurry of ideas, though as to where her implements of inspiration had come from was anyone's guess.

Perhaps it was just a trade secret. X3

Either way, I hope you all enjoy the piece. =3