The Rivalry Begins: Part 1 by SatsumaLord 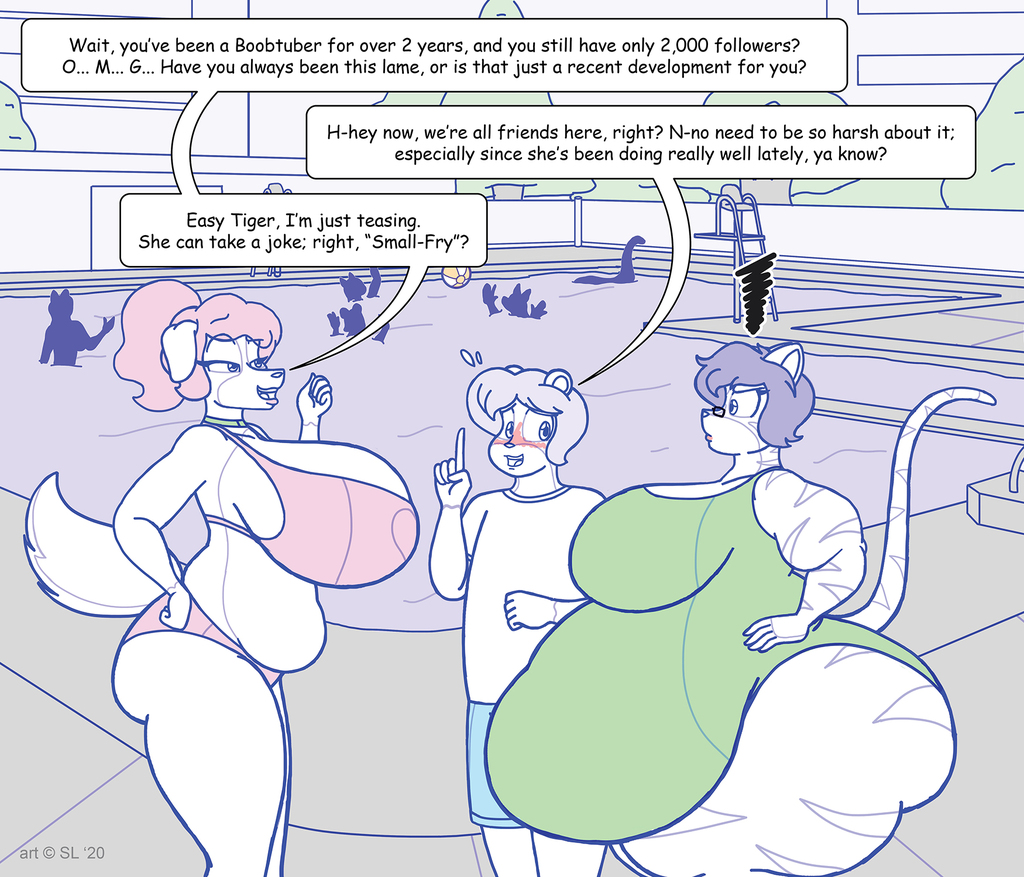 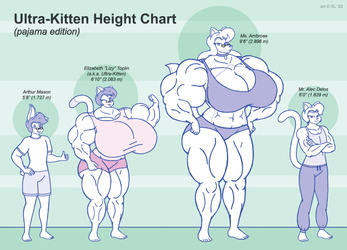 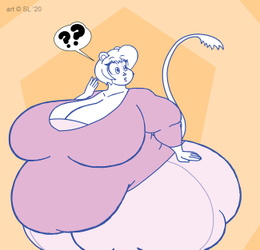 Some people expressed an interest in how exactly Ginny and Candi became rivals, so to try and address that, I've put together a bit of a backstory for them. =3

It started off with Ginny and her hamster roommate Stuart (a.k.a. Stu) attending a pool party at their apartment complex; specifically a place called Mondo Moors Apartments, a series of apartment buildings, centered around a community pool and park area (though the park itself was kinda small); the area also included a few other amenities, namely a clubhouse and fitness center, along with a small cafe.

The party itself was a summer celebration that Mondo Moors hosted every year, as an event for the apartment denizens, and their surrounding neighbors; the kind of event to have fun in, and get together for, as a community.

Anyway, while they were there, they came across Candi Sizemoore; a fellow tenant that not only lived in the same complex as them, but also the same building (Ginny and Stu lived on the third floor, while Candi lived on the fourteenth floor, right under the penthouse level). They got to talking, and for a while, it seemed like they were hitting it off pretty well (Candi was kinda bratty during the conversation, but overall, still fun and friendly enough to talk to).

"You're a gaming Boobtuber too?" asked Ginny, "Cool, we should compare notes sometime; maybe even collab together! Wouldn't that be fun?"

But once specifics started coming out regarding their professions, things started to get a bit more... erm, antagonistic; ultimately leading to the exchange pictured above, and becoming even more condescending as things went on.

"But seriously, Small-Fry," declared Candi, "if you haven't gotten to 500k subscribers by now, like moi, then you should really just quit".

"After all, not everyone's cut out to be the next big thing on Boobtube; maybe you'd be better off as a telemarketer. I here places like that are always looking for fresh meat, er... talent."

Even though Candi said that last part with a cute wink and a sly smile, it felt especially cruel. To say the least, Candi's words rubbed Ginny the wrong way (such was especially the case with that telemarketer comment she had to throw in).

Not enough to verbally strike back mind you, but enough to certainly sour Ginny's mood and to cut the conversation short.

"Well, thanks for the advice Candi", said Ginny, though she wasn't even mildly thankful for the callous counseling that she received. "But we're going to go check out the rest of the party now."

She then started to turn away from Candi, clutching and tugging at Stu's hand as she did so. Stu wasn't really intent on talking to Candi any further himself either (the pink-haired cur intimidated him rather fiercely), but at the same time, he wasn't expecting Ginny to take his hand the way that she did. Maybe that meant something?

"See you later!" Ginny would exclaim behind her, as she continued towing Stu along with her. "Hope you drown in the pool!"

That last part was actually said under her breath, after Ginny was a good distance away from her. She didn't want to admit it, but Candi kinda frightened her too; and to a lesser extent, she feared that Candi was probably right about her as well. She wasn't just wasting her life trying to pursue her dream as a professional Boobtuber, was she? Just because she didn't have the kind of fanbase that Candi had, that didn't mean she was actually a failure...

Shortly after leaving Candi to her own devices, Ginny started venting to Stu, about just how much of a spoiled and snotty brat Candi turned out to be.

"Hmmph! The nerve of that girl!" Ginny would heatedly profess. "Just because I'm nowhere near as popular as she is, that doesn't mean I'm not successful!"

Though despite trying to remain incensed over the matter, Ginny had a hard time being self-assured about the situation overall. In a matter of moments, her righteous indignation began to fall away to a growing sense of overwhelming uncertainty.

"...though, maybe she's right." Ginny sighed. "Maybe I should just pack up and call it quits; it's not like that many people would miss me anyway."

At that moment however, Stu piped up and started to break apart her spiraling train of self-doubt.

"Hey now!" Stu exclaimed, as Ginny suddenly perked up to him. "Just because you're not as big as she is, that doesn't mean nobody cares about you!"

"So what if she has over half a million fans?" he continued, "I bet none of them are even half as cool and amazing as your fans are!"

Stu would then go on for several minutes, reminding her of all the people that she brought joy to. Like Jayrunner29, who discovered the "Black Souls" franchise through Ginny; a game series that's now Jay's absolute favorite, out of everything she's ever played. And BaesForDayz, who was so inspired by Ginny's work, they decided to become a Boobtuber themselves, and regularly made it a point to advertise Ginny's projects whenever they could.

And of course, who could forget Mon-Chanster? If it weren't for Ginny and her livestreams, he'd still be a depressed mess living in his parent's basement!

...well, he still lives in his parent's basement, but because of Ginny, he's not so much of a depressed mess anymore - and that's what really mattered!

"The point is," as Stu put a warm hand on Ginny's shoulder. "You've helped so many people just by being you. So what if you're not the biggest, most famous Boobtuber that ever lived. You're still an awesome person and an amazing friend, and that really shows in your work."

"And in case it doesn't already show" Stu chuckled, "I'm probably your biggest fan, and I'm so glad to have you in my life."

"He, h-he's glad that I'm in his life!?" she screamed in her own mind. "What does that mean!? Are we more than friends now!? Does this mean he loves me, like how I love him!? Or did he just mean that in a platonic way!? OH GOD, HE'S STILL SMILING AT ME!!! WHAT DO I DO!?!? AAAAAAAAAAAAAAAAAAAUGH!!!"

In a flash, Ginny swooped in and hugged Stu tightly; her belly giving off a barely audible "pomf", as it swiftly, yet gently, crashed into his torso.

Now Stu began to blush profusely as well; he didn't expect the sudden hug, nor did he expect it to be so... "marshmallowy soft" (seriously, he didn't know a hug could be this soft - he kinda wished it would last forever).

Their embrace would end as quickly as it happened however, as Ginny soon peeled away from Stu in embarrassment; her eyes looking away to the side, as she now became too shy to look him in the face. An audible pause was present between the two of them for the next several moments.

"Um, thanks," supplied Ginny finally, as a meek smile appeared on her face. "I... I think I really needed to hear that."

"Don't mention it," replied Stu, as he meekly smiled back at her. "Happy to help."

Their conversation was taken over again by another monolithic pause; the silence seemed to go on for hours, even though it only really lasted for a few seconds, until Stu finally asked...

And that about concludes the first part of this particular sequence; be sure to tune in next time for the exciting continuation. =3