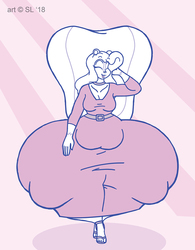 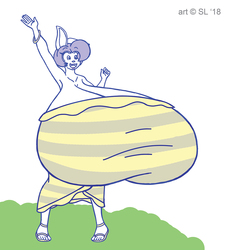 Over a decade ago, back in 2007, I created an arctic vixen character named Shiela; she was originally designed as a stripper, a more risque character for more mature situations, but despite my interest in her initially, I soon forgot about her and put more of a focus on other characters (for those that are curious though, you can see her initial debut here ---> ( [link] ), assuming you can view mature content on FA that is).

Despite that though, I've since decided to bring her back, but with a lot of changes put in place. Those changes being...

Oh and with regards to the art piece itself, it wasn't necessarily my intention to make it look like a progression sequence, but it kinda worked out that way. =p

Anyway, I believe that's all for now, but hopefully I'll be able to do more with Nicole in the near future (and of course, I hope you all like her). =3