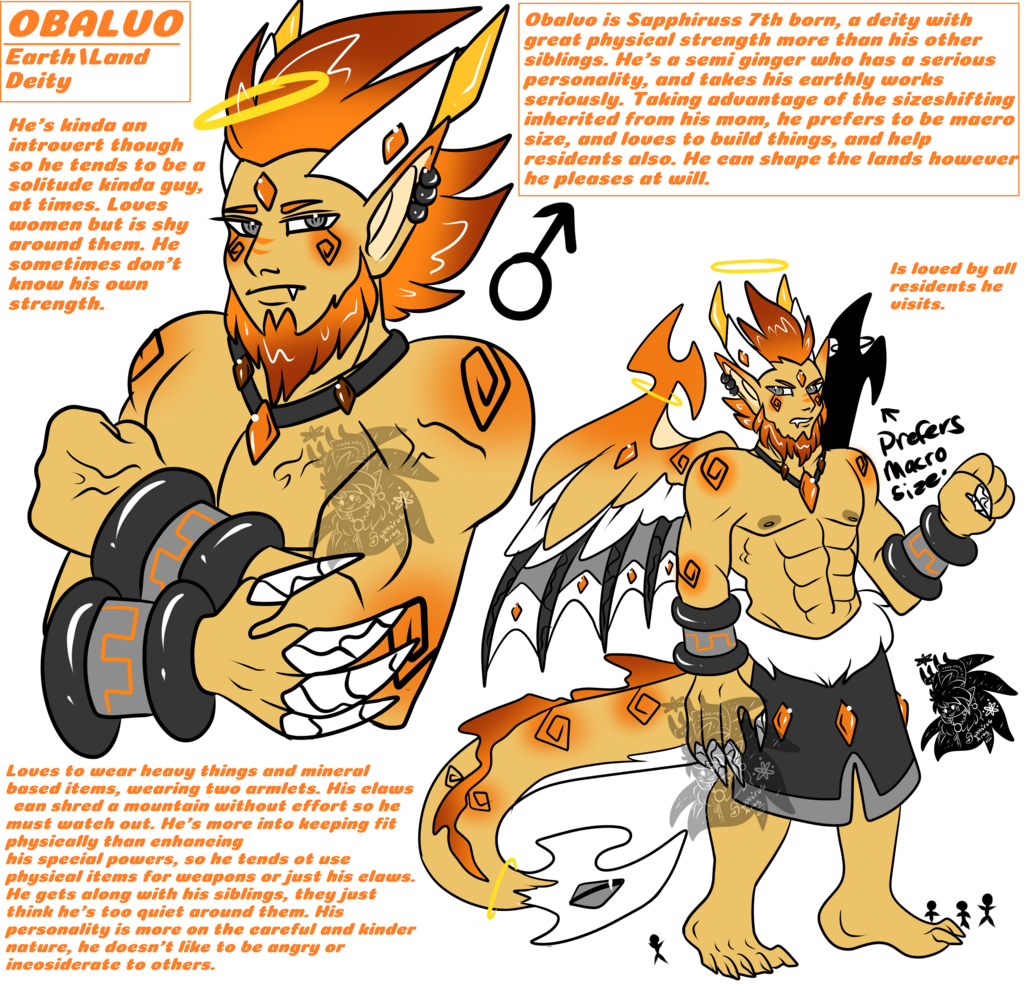 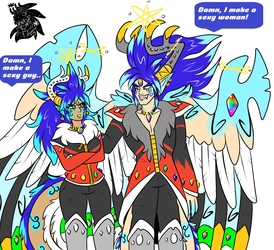 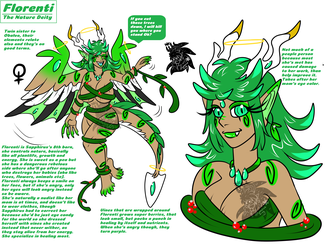 •Age: Immortal, he's an adult though, so he looks to be in his 20's, though beard can make him look older.

•Height: 6'3 for base height, over 50 feet tall in macro size, he can size shift small or large, but he prefers being large like a Giant/Titan.

•Sexuality: Straight, though is very shy around women, he tends to get attention from them for that, since he tends to not be as Macho to them as his element represents.

•Personality: Is careful due to his Godlike strength, considerate to others. Tends to make friends easily since he helps people out, espcially from natural disasters that befall them and their lands. An introvert at times so you wont get much convo starting from him.

•Loves: Women, and being careful to them. He loves to stone build, shape the lands to his will, usually for the good of the world. Loves to build shelters and brick houses to help others. Tends to favor strong animals like Elephants, rhinos, whales etc. Loves his mom a lot and looks up to her, due to her favor of larger sizeshifting and planet making, though he can't create planets.

•Hates: People thinking he's weak due to not being destructive for a giant. Troublemakers (especially his siblings who cause trouble to his supense.)