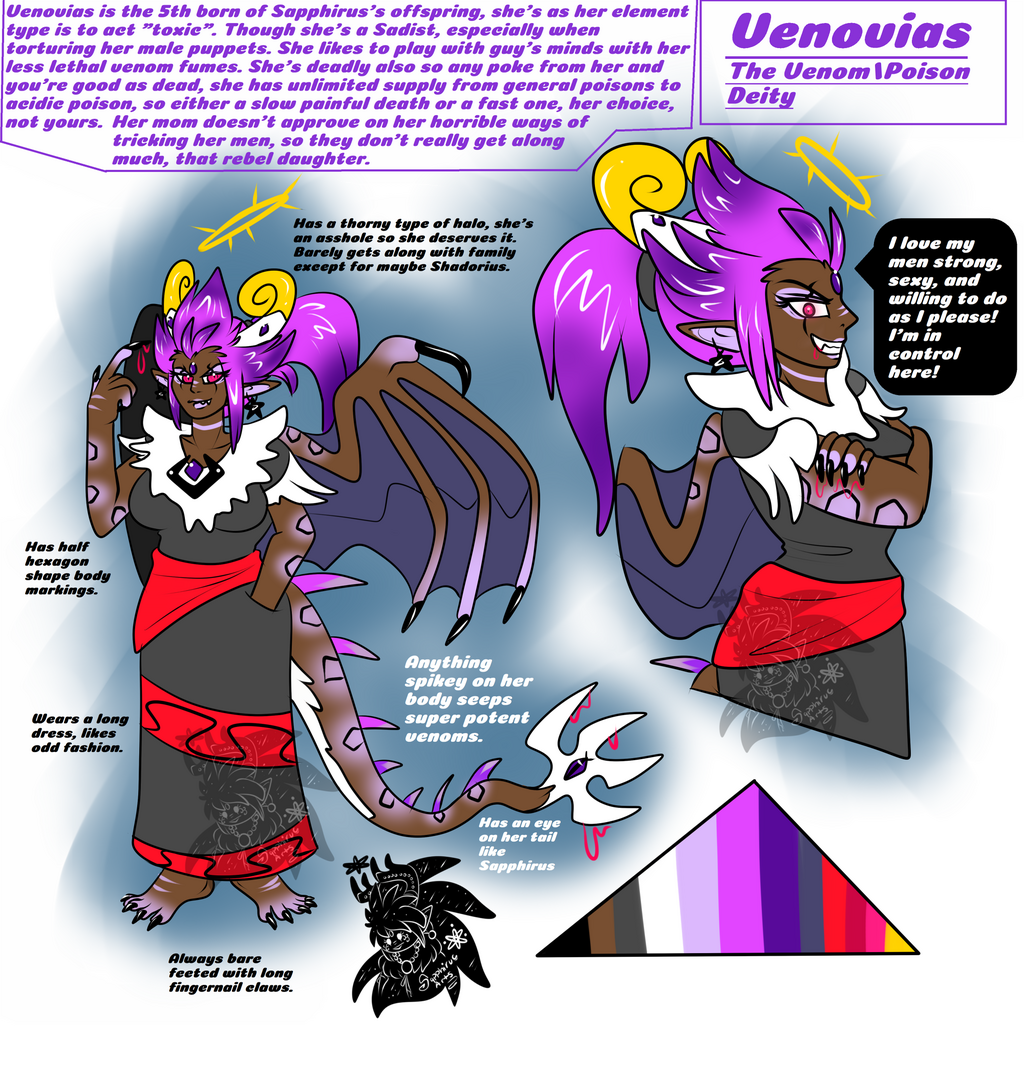 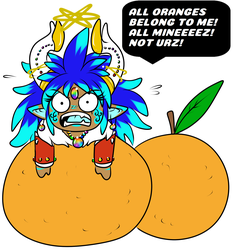 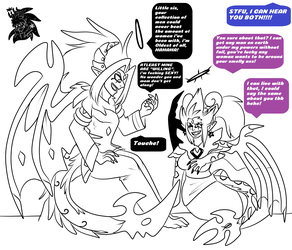 (Took a bit long on the next one...Meep)

This Venovias, the Venom/Poison female Deitty of Sapphirus's Kids. Her attitude could rival her oldest brother a lot, only her brother doesn't drug his women for romance LOL, but they get along great, not the same as the other family though who kinda despise her, Sapphirus kinda just avoids her since they argue a lot.

Venomi was the male I made back then, the revamp here is a female this time though, and I think her rival twin will stay male also, very different from the image concept though.

•Sexuality: Straight (She likes to seduce/manipulate her men for her pleasure.)

•Personality: Barely shows compassion for others, likes to poison things. Her mom and her don't really get along, but Shadorius and her get along since they're both on the darker side of nature and assholes also.

•Loves: Males/men, preferable strong, it's a turn on for her if the males she targets are strong willed also, it's a thril rather. Going out, drinking (can't get drunk though because her element prevents it.). Eating venomous things, it's like her candy. Being Dominant in the relationships, but she never kills off her men, just drugs them with her special fumes. She also likes to piss off her mom. Doesn't eat much meat since unless it's a poisonous creature, all her delicacies come from plants and such for her fav poison type flavors.

•Hates: Hanging with other women, fake men, in general she hates nothing more than to be tricked instead. Hates happy things, long conversations, having to do positive things, being letcured by her family about her lifestyle. Being weaker compared to her older brothers and sister.