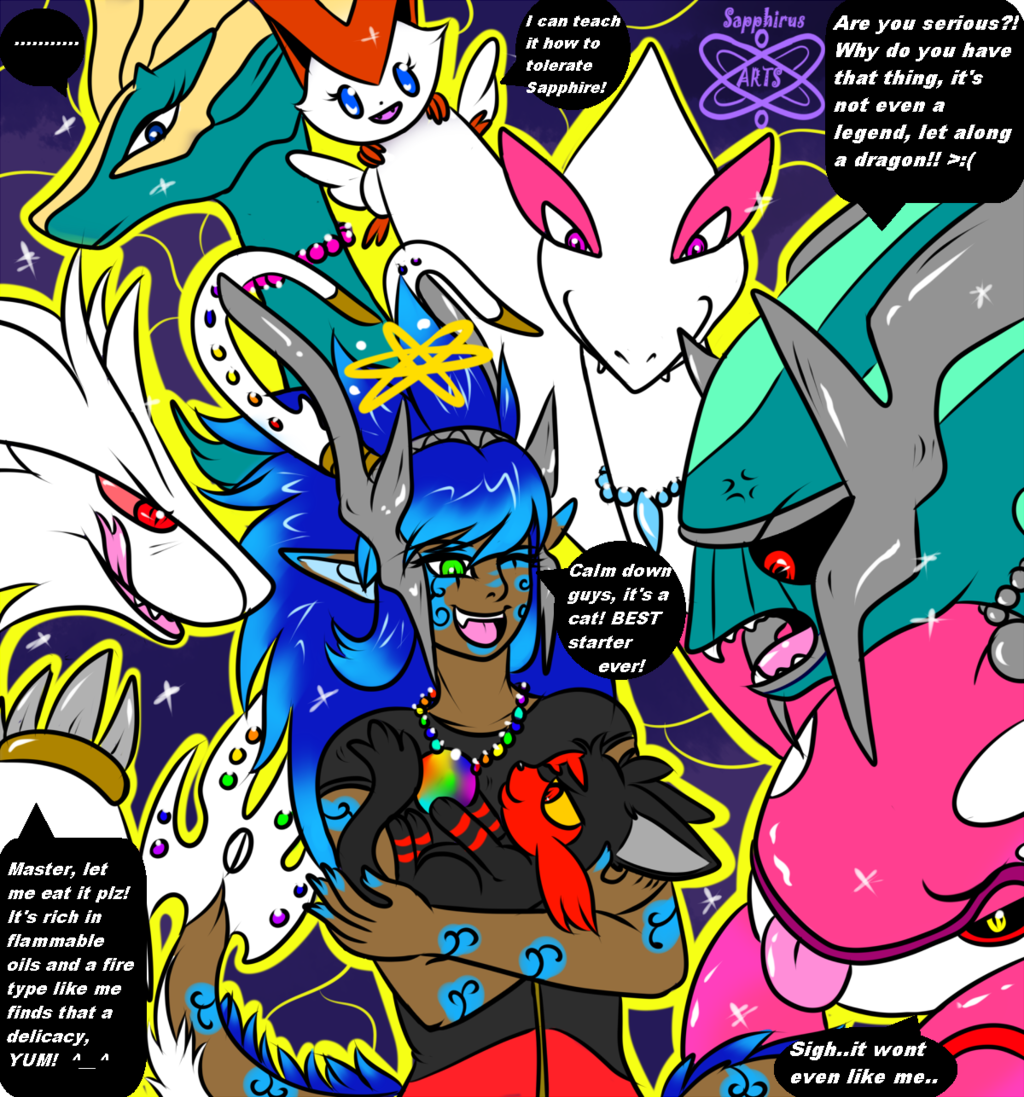 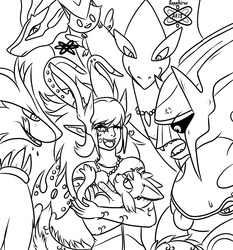 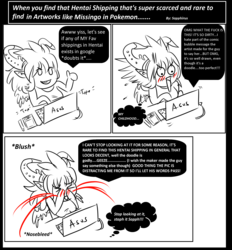 Art done by me of my team/my character.

Note: I don't believe in the genderless crap for legends unless it's an object or Arceus, so all my pokemon got genders. I usually like Legends over normal pokemon, that'll never change, and I wont care who hates them. I use normal teams but it's not as fun. Since my character is a Dragon/Elemental goddess, there's mostly dragons on her team, or dragon looking. She wears a Dialga horn helm because the pokemon legend in general is her/my fav pokemon, and also her main partner here. (Even though she has her own horns, irony). Also, she can speak Pokemon language too, it's what makes her team and her even closer.

This is my Persona/OC Sapphirus (in an OOC mode) introducing the new starter she's gonna get, to her main legendary team for Pokemon Moon. Lunaala will be captured later, but for now, focusing on Litten. Sapphirus is a Pokemon Legends master. Bakura is hungry looking at the litten because it loves to consume fire for breakfast. Him and Sapphirus (Dialga) are always at it fighting for Sapphirus's affection, but they all know Dialga will always be her top fav partner, she doesn't let him know that though, to spare his feelings.
.

Sapphire seems kinda down because the new pokemon is fire, meaning it wont like his water or rain attributes, Victini will have to teach him to deal with it better. Sephiroth is admiring the looks of Litten, while Elemetra in the background isn't very interested in what's going on, she's more to herself, and less social of the team.
.

Do NOTE Repost without my permission, claim as yours, steal, or use for your own group stuff.