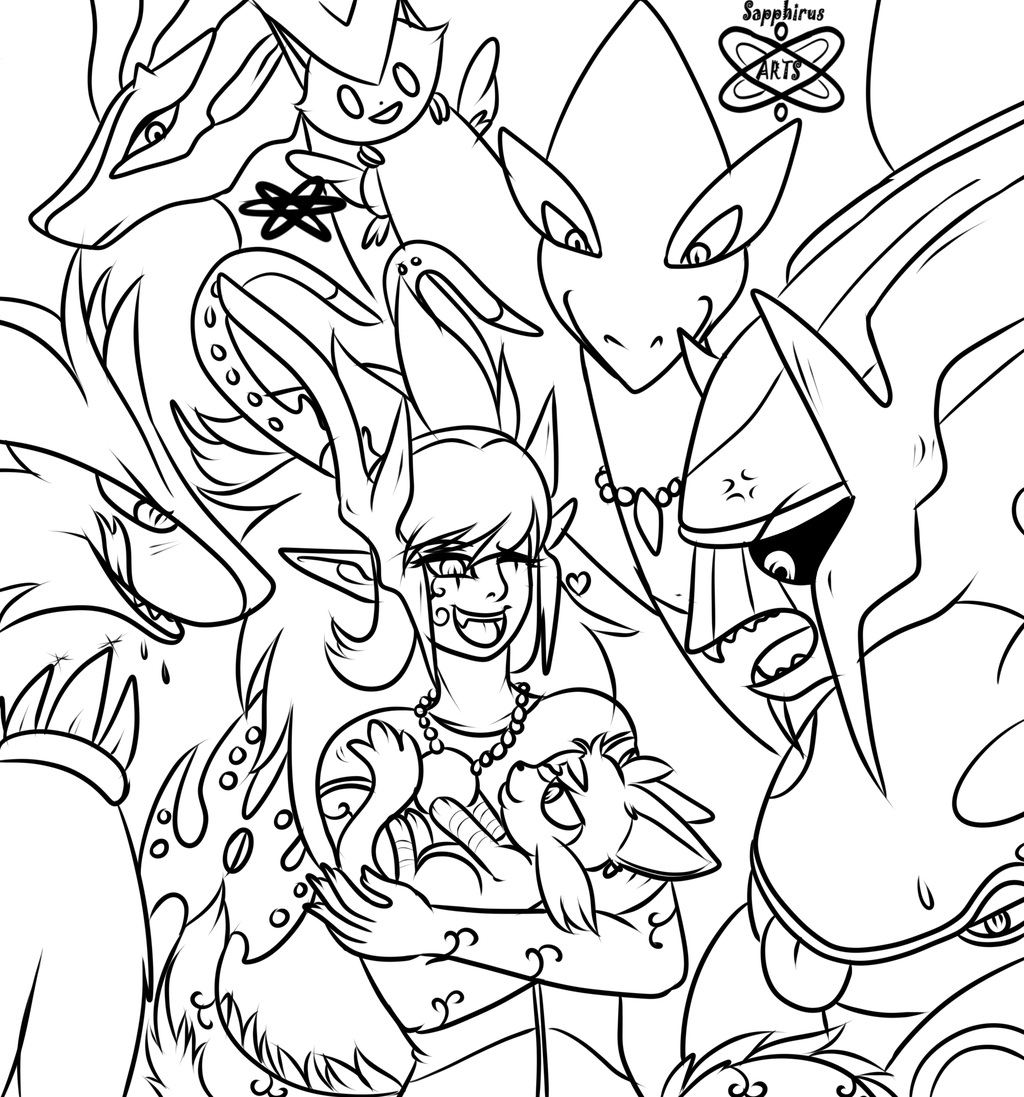 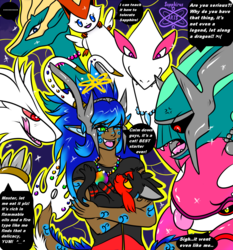 Note: I relined this from the first pic, which is a comic form, I gave them better expressions too: http://www.furaffinity.net/view/20101931/

Note 2: Sapphirus in an OOC mode wears a Dialga head helmet, show off him being her favorite pokemon in general. I usually prefer legends over normal pokemon because they're cooler, especially the dragon or dragon looking legendaries, Xerneas is Sapphirus's fav colorful pokemon, she/im not fond of fairies but she's an exception. They're all shiny also.

As some ppl know already, im gonna end up getting a Litten because it's the coolest and cutest starter imo from the others, Rowlet would be 2nd. Sapphirus is holding him like she holds cats in general. Sapphirus (the Dialga) is puzzled of his master's choice in new pokemon, which isn't a legendary she he's a biy fussy and jealous. She will be adding Lunaala to the team soon as her fav Gen7 legend.

Bakura is a flame nut so looking at Litten being a fire cat makes him excited and wanna consume it since he loves to eat fire, Sapphire (Kyogre) knows already that Litten wont like him because he's all about water, Xerneas isn't much interested in it, she's the least social of Sapph's legendaries and Sapphirus (Dialga) is always fighting/competing with Bakura for their master's affection but we all know who my/her fav pokemon is, Sephiroth sees intrigued by it, along with Victin hanging on his wing for a closer look.