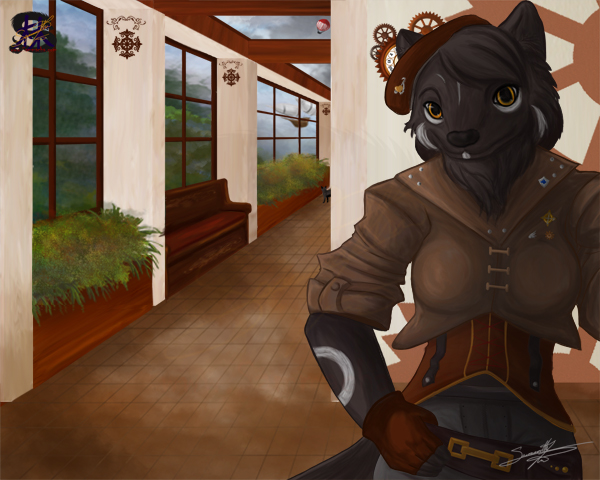 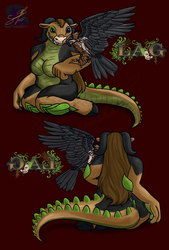 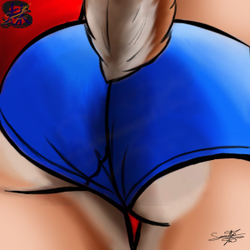 This character belongs to :iconLeinadObtrebla:

He provided a theme and I provided the idea, so here it is.
The hallway.
I enjoyed doing the clothing design, based off a steam punk theme.
My favorite part is the outside Bg, I loved painting the scenery and adding a few details like the the blimp and balloon.
I love the clothing and the coloring of her corset the best, and had a good time creating this image.

If you are interested in seeing the full clothing design you can see it here
http://www.furaffinity.net/view/13028320/

as well as the full picture process in my sketchbook
http://www.sammacha.com/art/sams-sketchbook/