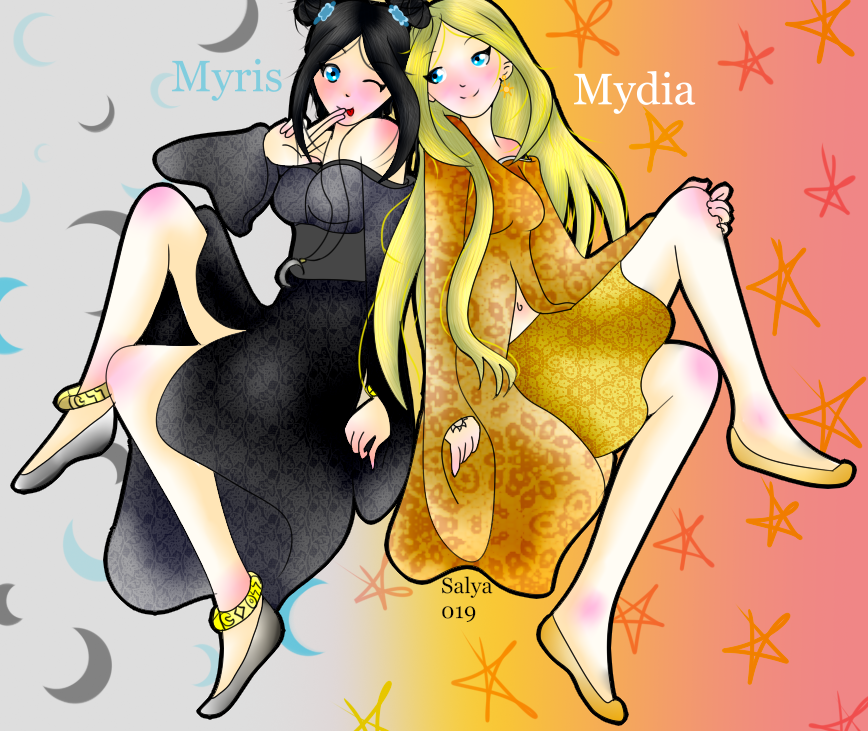 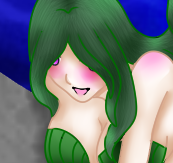 Myris is my oc as Mydia is my bestie's oc.

In the AU, those two are goddesses of a huge earth like planet that is hidden in space where no one can find it. There are two moons and such. It's just an odd setting for an AU. XD Since those two are paired up with a LOT of male and female canon characters.

We are at this time, playing with the two, working out the details of them. Yet I already wrote an one-shot with Myris and Vegito since I really love that male. XD and yes I know DBZ is odd since Super is weird but god.... Vegito in Super is yummmmmm. Gogeta too but don't tell him. XD

But anyways, the AU that those two are in, is WIP since we don't know if it's an official Project like how Elyasia is my project. It's just this new AU is sooo big since it has characters me and Amia love from each and every anime, game, book, TV, etc in it. So a lot of things. Which right now I'm just writing one-shots of my Oc and how she is with males on her favorite list. which has 20 males so far and it's mostly random games and anime. Only 2 or 3 males are from Final fantasy and I Played ALL of the Final fantasy games and got a lot of likes in it. XD We haven't added Star Ocean, Sonic, .hack, etc

thou we have added so far: DBZ, YYH, DMC, Escaflowne,.... I'll do a journal post about it one day, so if anyone is interested.

Oh Myris has some kids with a few males, that if you want to help me out and draw them, you can.(this will be updated over time)
Xulena - daughter of Kuja
Folas - son of Dante
Lierin(f) and Lensa(m) - twins of Vegito. (note: Lensa looks very female and Myris named him a female name just to annoy Vegito.)

Note: My bestie had passed away but I'm still want to do this AU... So this might happen on TOZ(my forums).