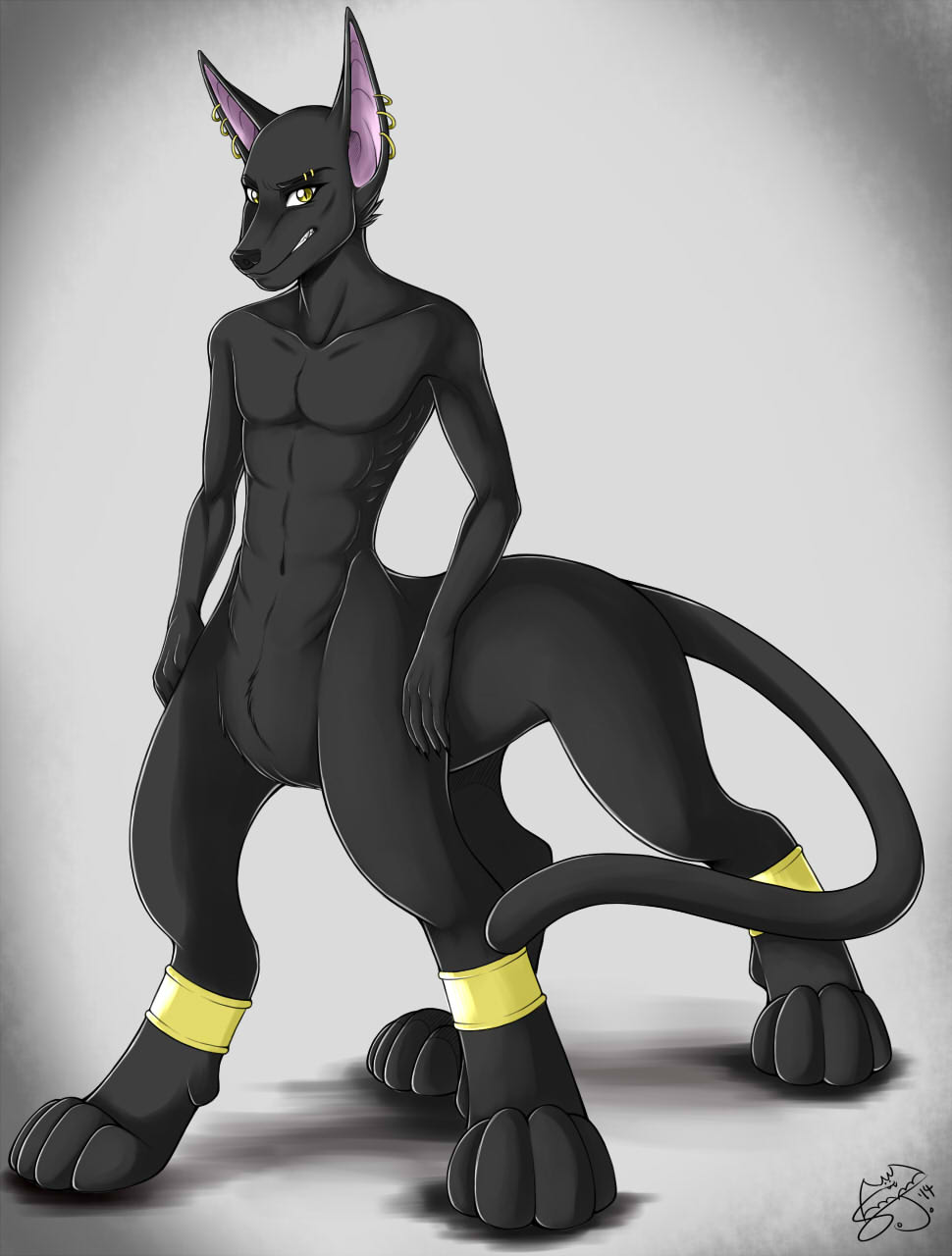 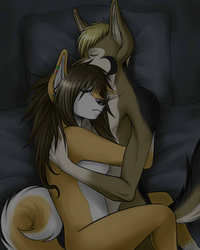 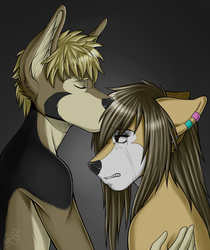 Yup. A new character. Finished him up on livestream last night. He's a cross between a Jackal and a panther. I know real Jackals aren't black like that, but I completely based this character off Egyptian mythology and symbolism, so he looks more like a Jackal statue. And I decided he was my interpretation of a sphinx some how. This is only his base design so far. He will get more details later, including a head of hair, and his clothes will be Egyptian god inspired but with a modern punk influence, hence his piercings. I will also eventually change the anatomy of his panther half to make it more well... panther-like, and just better in general. XD I LOVE him so far, and I can't wait to do more art of him. He's time consuming to draw, but SO much fun. :D If anyone has any ideas for awesome male, Egyptian or Middle Eastern names, please throw them at me. :) I may take them into consideration. ^^