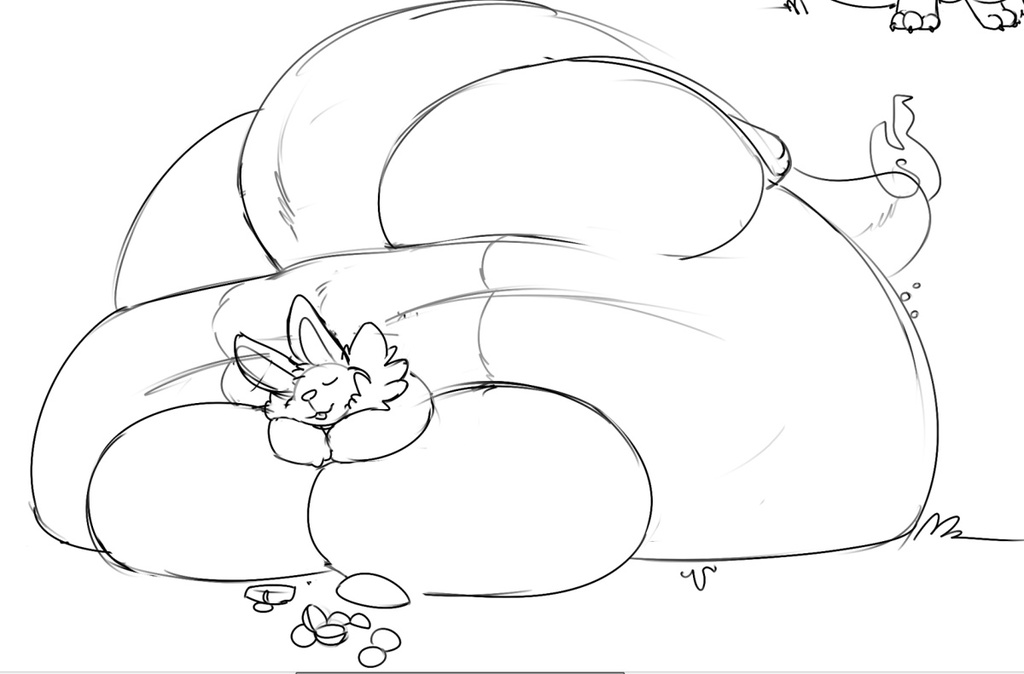 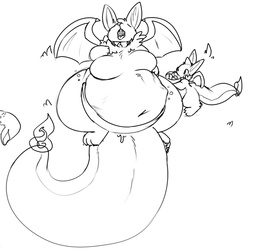 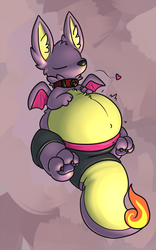 After running out of pokeballs to pop open in Roo's maw, he found his belly was nearly sated.. but not quite. Having just enough room remaining in that stuffed, gargantuan gut to pull Cocoa inside to join the party among the countless others~ Roo yawned and stretched as his belly bulged, wriggled, and churned away, falling into a satisfied food coma while his belly worked it's magic. Some hours later Roo drowsily awakened from his slumber, letting out a large, satisfied "Uuuuurrrraaap!" burping up the collar of his ex-feeder, his belly having grown sloshy, filled with the soup of countless Pokemon as the pounds rapidly packed onto his already girthy frame, his plump rump up in the air behind him, thickening with every passing minute, as his breasts distended, and swelled even larger, his belly having grown to a gargantuan size as it turned from slosh to pudge, laying on his bosom with content, his tail wagging softly as he purred and returned to his nap.

The final part of a very filling sequence drawn up by Gecko that is beyond wonderful and I love to bits, and trust me, there's a lot of bits with this much Roo around~ <3